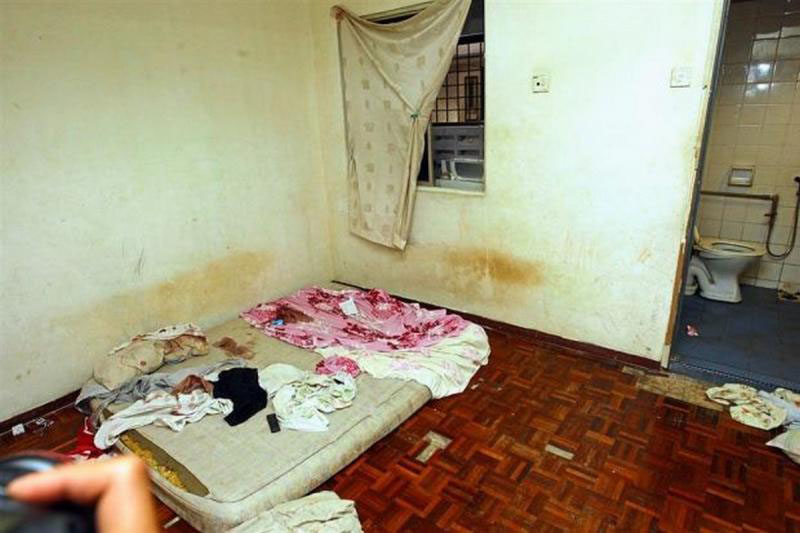 A three-year-old child and her seven-month-old brother were found dead and stuffed into plastic containers in Kuala Lumpur. Their father, Cheah Hing Soon, 34, was also found dead at their apartment in Taman Sri Sinar, Segambut.

The Star reported that Cheah Kai Sze and her brother Cheah Kai Wen had been put in separate plastic containers, which were then wrapped in large plastic bags in their home.

Their 34-year-old father was found sprawled in the master bedroom.

The mother of the children, who is estranged from her husband, was arrested on Monday and was remanded for five days. The 35-year-old woman appears to have a lack of grasp on reality.

She told police that she believed her husband who told her that the two dead children were living with relatives when she questioned him about their disappearance. Yet, she lived in the same apartment with all of them.

The surviving children, aged six and eight, were interviewed their police. They were traumatised but told the police of the abuse they had suffered under their father.

The condition of the two surviving children was enough to even stun a seasoned crimebuster like Sentul OCPD Asst Comm R. Munusamy.

"When I saw the two brothers, it was shocking. They had scars and bruises. A large wound on the back of the head. Tips of their fingers were black, possibly from being fractured," he said.

According to the brothers, the youngest son, seven-month-old Cheah Kai Wen, died as far back as three months ago and the body was kept in the house, with incense being burnt to cover the smell.

He died after a chair was thrown at him by the father.

According to ACP Munusamy, the initial post-mortem report showed the younger boy had died from blunt force trauma to the head. The hospital is awaiting the toxicology report for the other two victims.

Both parents were unemployed and were believed to have been supported financially by the man's father who owns a credit company in Kuala Lumpur.

Related Stories
Man who stabbed lover to death after victim avoided calls and said he was 'not gay' gets 12 years' jail
More About:
Malaysia
murder
children
child abuse