Thought sexualised orientation games at local unis were bad? Wait till you see what games these HK freshmen play 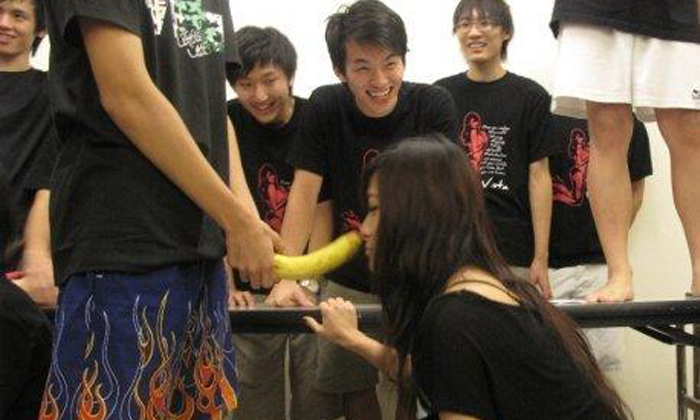 It seems like Singapore isn't the only one with inappropriate sexualised orientation games at its tertiary institutions.

Photos on J Daily HK show similar, if not even more outrageous, activities at Hong Kong universities. Examples are:

1. A 'Human Caterpillar' game where students have to hook their legs around an opposite gender's waist, then wiggle to the finish line in the shortest time possible.

2. Students passing food to each other using one's mouth or feet

3. Male students made to put on female underwear

4. Male students piggybacking female students while they down a bottle of beer in the shortest time possible

5. Female students bending down to crotch level while male students hold a banana in front of them or squirt water out of a bottle into their mouths

6. Students of both genders 'stacked' upon one another

One gif (see in gallery) also shows two male students licking the thighs of a female student as she tries not to squirm. The lewd act was supposedly part of a forfeit.

Many of these indecent acts have also been known to occur at university camps in Singapore, with Stomp having received many of such reports in recent years.

Just days ago, the National University of Singapore (NUS) has taken action against 30 senior students for their role in inappropriate orientation activities in July.