This 18-year-old blue-eyed Pakistani hottie sells hot tea, and he's melting hearts all over the world 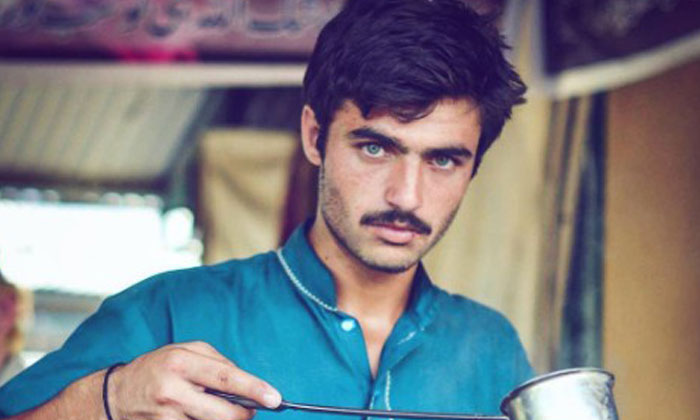 A young Pakistani tea-seller whose intense blue eyes made Internet users in Pakistan and India swoon after a picture of him was posted by a local photographer on Instagram has now bagged himself a modelling contract.

Arshad Khan, the 18-year-old teenage tea vendor who hails from the Pakistani city of Kohat and has never been to school, found himself becoming a social media heart-throb when he caught the eye of a local photographer while making tea in the Sunday Bazaar in the capital Islamabad.

A photo of his piercing gaze was uploaded on Instagram on Sunday and the image quickly became viral, earning him many new fans.

The teenager was identified a few days later and since then, has won the attention of several media organisations who picked up the story, the Press Trust of India reported on Thursday (Oct 19).

Now, the teenager has also secured a modelling deal for an undisclosed sum with local fashion portal fitin.pk.

Khan's appeal has now even be credited with uniting Pakistanis and Indians in a time when tensions between the nuclear-armed neighbours are heightened after militants in Kashmir killed 19 Indian troops last month, The Guardian reported.

India has blamed Pakistan for harbouring the militants, although Pakistan has dismissed those claims.

The tensions spilled over to the entertainment scene on Monday when an Indian film festival dropped a Pakistani drama from its programme after its screening was interrupted by protesters .

For his part, Khan has remained humble despite his newfound fame, telling The Dawn newspaper he first realised the extent of his stardom when he spotted local boys with flyers carrying the photo of him that has since pushed him into the limelight.

And while he says he is flattered by the attention, Khan says he prefers not to be photographed while making tea at work.

Check out this video of him making tea!

Finally, someone has found that striking #ChaiWala, whose real name is Arshad Khan, in #Islamabad. @jiahali pic.twitter.com/VjCqc8HdXy