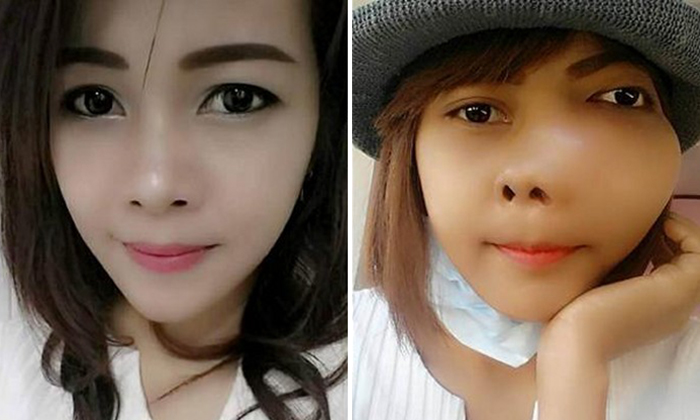 A Thai woman's toothache turned out to be something much more sinister.

When her dentist couldn't pinpoint the source of her agony, the young woman sought a second opinion with a specialist dentist in South Korea, the Daily Mail UK reported.

What the X-ray scans revealed shocked her. She had bone cancer in her left jaw.

Despite receiving six rounds of chemotherapy at a hospital in Thailand, Jenie's tumour continued to grow to the size of a grapefruit, and the swelling caused her left eye and nose to be pushed out of position.

At first glance, photos of her distended face looked like they were digitally manipulated, but a video clip of Jenie touching her face proved that the swelling was real.

She also appears to have lost confidence in her looks, as she is often seen in photos covering the distended side of her face with a mask.

According to The Mirror UK, Jenie's cancer treatments were sporadic as she struggled with her medical fees as a former rubber farm worker.

Her parents had paid for her initial chemotherapy sessions which cost 80,000 baht (S$3,200) each. Now, Jenie's fees are covered by a special medical grant in Thailand.

As surgery to remove the tumour is not advisable, doctors have told her to go for another five chemotherapy sessions to eradicate her cancer.

Desperate to live a normal life, Jenie told The Daily Mail: "I'll do any job, I want to support myself and be strong."
on Facebook