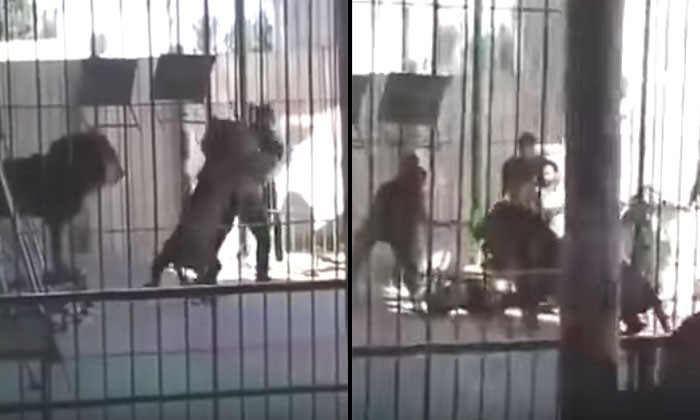 Lion tamer Islam Shaheen was performing with the lions when one suddenly pounced on him, quickly overpowering him.

Other handlers rushed to help him, jabbing the lion with sticks and yelling, as the crowd of 200 spectators panicked.

However despite their efforts, the 35-year-old died two days after as a result of his injuries.

Shaheen had been working for the circus in Alexandria Egypt for 10 years before being killed.

Circus spokesman, Mohammed Mustafa, offered the statement that the 200 kg South African lion was a new member to the show.

It had been in its mating season, causing it to act 'erratically'.

Watch the terrifying video below