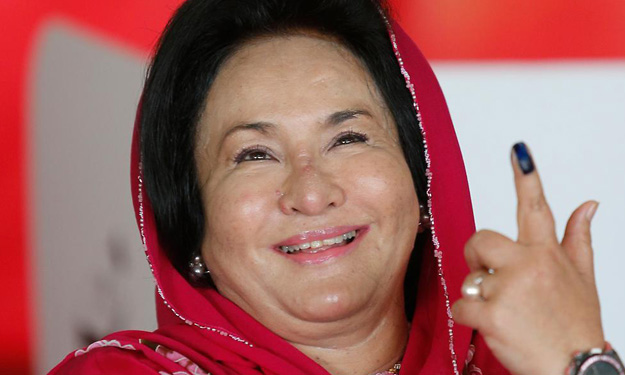 The special task force on the trail of 1Malaysia Development Berhad (1MDB) funds is investigating the bank account of Datin Seri Rosmah Mansor.

In a joint statement, the task force said they were looking into the Malaysian Prime Minister's wife's account as one aspect of their investigations.

The account has been highlighted in the media, which alleged that various sums totalling RM2 million (S$712,000) was banked into an account with Affin Bank bearing her name between Feb 10 and April 23 this year by a man identified as Roslan Sohari.

"The special task force takes any media exposure made regarding 1MDB seriously. We will carry out the investigation and record statements from all relevant parties.

"The task force already knew about the account belonging to the Prime Minister's wife even before it was exposed in the media.

"The special task force stresses that any investigations related to 1MDB is conducted transparently, independently and professionally. The task force hopes that all parties will not question the integrity of the National Bank, Royal Malaysian Police and the MACC in carrying out their duties in the investigation," it said.