"Superman" doctor loses battle with leukaemia in Malaysia: 'He was our pillar of support' 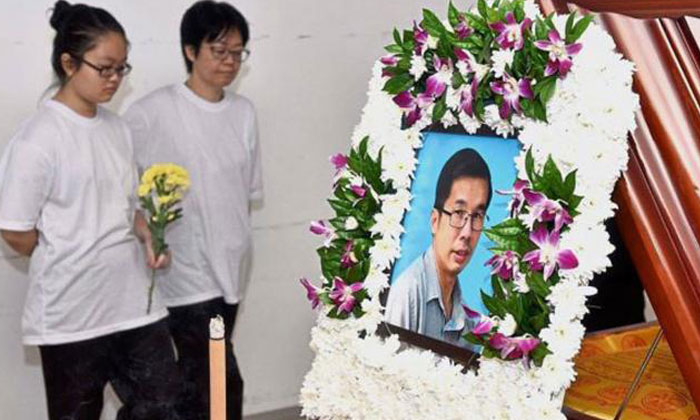 He was such a pillar of support for those at Penang Hospital that they called him 'Superman'.

But even heroes cannot win every battle and Dr Tan Wee Jin, who was diagnosed with leukaemia in July, died on Tuesday from complications. He was 48.

There was not a dry eye at the wake yesterday at Leng How Koe funeral parlour in Paya Terubong when fellow doctors and friends paid their last respects to the man who had touched their lives.

Dr Prabhu Ramasamy, who had known him since 1999, said:

"When I came in to work at 5.30am as a houseman, he would already be there. Anytime, we called him, he would pick up his phone without fail."

He said Dr Tan was always the first to reach the hospital and the last to leave.

"He was an all-rounder, excelling not only in surgical work but also with computers.

"He developed the computer programme which the surgical department in the hospital uses," he said, adding that Dr Tan inspired them to do their best and stay humble.

Dr Ramasamy said Dr Tan saved countless lives over the years but he never once took credit or basked in the limelight.

Dr Lim Shyang Yee said the hospital lost a pillar of support as Dr Tan was an excellent teacher and mentor.

"He taught and helped me a lot. Most of us here were his students and we learnt so much from him over the years," he said, tearing up.

Penang Hospital Visitors Board chairman Lim Thoon Deong said it was a great loss to the hospital and Health Ministry.

"I have never met someone as dedicated as Dr Tan whom everyone called 'Superman'.

"If patients or their families were unsure of a procedure, he would explain it to them and make them comfortable.

"He has dedicated his entire life to the hospital," he said.

A brief video montage showing Facebook posts paying tribute to Dr Tan and pictures of him at work were shown at the parlour before his body was taken to the Batu Gantung crematorium yesterday.

Dr Tan graduated from Melbourne University in 1992 and worked at the Sungai Petani Hospital and Ipoh Hospital before being posted to the Penang Hospital.

There, he was the former Surgical Department Head, the state Advisor for General Surgery, and senior consultant for General and Hepatobiliary Surgery.