S'porean poly student speeding on Malaysian highway gets S$3,892 fine -- after getting caught by speed tracker in rented car 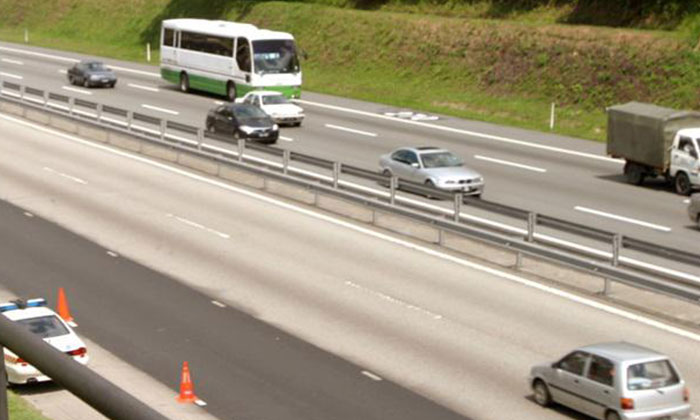 A 22-year-old Singaporean polytechnic student was handed a fine amounting to S$3,892 after allegedly driving a rented car down the North-South Expressway (NSE) in Malaysia at a breakneck speed of 130km/h.

The incident happened in March 2016, and the offence came to light after her speeding was recorded by an internal speed tracker in the vehicle, reports Lianhe Wanbao.

Unwilling to foot the hefty fine, she lodged a complaint and successfully got the rental company to absolve the fine.

According to the victim, she had rented the vehicle, a Honda for S$400 which she then drove to Kuala Lumpur, and she was made to sign a contract at the rental company before they would approve the rental.

However, after a internal speed tracker caught her speeding, the rental company accused her of breaking the contract and slapped her with the fine.

“I didn’t really read the contract thoroughly when I rented the car. The fine print was just too long.”

The victim was notified of the fine only after receiving a call form said rental company.

The company claimed that victim had broken her contract when she sped.

They also further accused her of damaging the vehicle.

Although the victim admitted to speeding, she said that she did it only for a short while, to overtake a car in front.

She also alleged that the company did not warn her about an internal speed tracker nor a speed limit when she rented the vehicle.

After the offence, she claimed that company staff made several trips to her house to seek payment, and she had met up with several of them:

“I wanted to resolve the matter peacefully, but their attitudes were so bad. Finally, I had no choice but to consult my MP for help, and leave the case to the police.”

The incident has since been resolved.