S'pore woman, 85, goes to Malaysian hometown to seek lost love but gets robbed instead 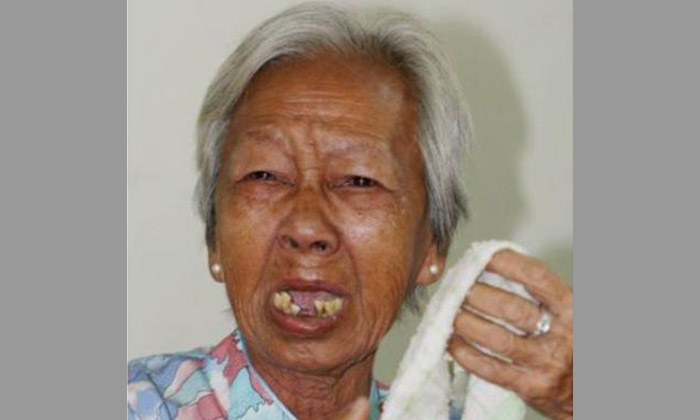 It has been almost seven decades, but an octogenarian still yearns to meet her long-lost sweetheart.

Leong Yeo Mooi, 85, was only 17 when she fell in love with Ah Yip, who she recalled fondly as "a dashing moustached man in his 20s".

It was love as first sight when he helped her parents install pipes at their home at the Rasah New Village in Seremban.

"At that time there were no mobile phones or even telephones," she said.

"I expressed my love to him through a letter when he came back to claim payment from my parents."

But her parents disapproved of her love for the odd-job worker, reports The Star.

It was the late 1940s and girls, Leong said, were not allowed to go on dates without their parents' consent.

So, Leong and Ah Yip met under a neem tree close to her house, she said.

"He would come every Monday and Wednesday when my parents, who sold metalware, were in Kuala Lumpur."

The couple lost touch, she said, when her parents arranged for her to marry a relative in Singapore when she turned 21.

"At that time Ah Yip had no proper job and my parents wanted me to have a bright future. I don't blame them," she said.

But she said Ah Yip was her first love who she never forgot.

Upon her husband's death in 2007, she decided to take a bus from Singapore to search for Ah Yip, but fell prey to a snatch thief.

A picture of Ah Yip, which she kept for years, was in that bag.

She wandered around before an MCA social worker found her and took her to the Tong Sim Old Folks home at Taman Rasah, Seremban.

"I have a son back in Singapore, but I have not been able to contact him until today," she said on Monday.

Now 85, and a resident of the home in Seremban, Leong said she was content spending her twilight years back in her hometown.

Leong expressed her Christmas wish to meet Ah Yip again at the Equatorial Hotel Malacca, which hosted a birthday party for her and three others from the home, on Monday.

The home's caretaker David Chong said he had tried to help Leong to look for Ah Yip for nine years, but never found him.

"She (Leong) is still waiting for Ah Yip to come," he said.

Earlier, hotel general manager Adrian Chung and his team also visited the home and handed over necessities to all 13 residents.

Chong said he was grateful for the assistance, adding that the home needed new beds and cooking utensils to meet the state Welfare Department's standards.

On Dec 6, The Star reported that the home was nearly forced to close due to financial constraints.

Related Stories
S'pore man gets attacked and robbed of $2,400 in Johor: 'It was the longest 10 minutes of my life'
Police nab thief in China after he defecates in home he robbed
Man robs masseuse, sexually assaults her for an hour and threatens to kick her private parts
Machete-wielding teen caught on video slashing and robbing woman in Malaysia
Taiwanese tourists robbed of $2,700 after falling into deep sleep at 'strange' Pattaya hotel
lost love
rob
thief