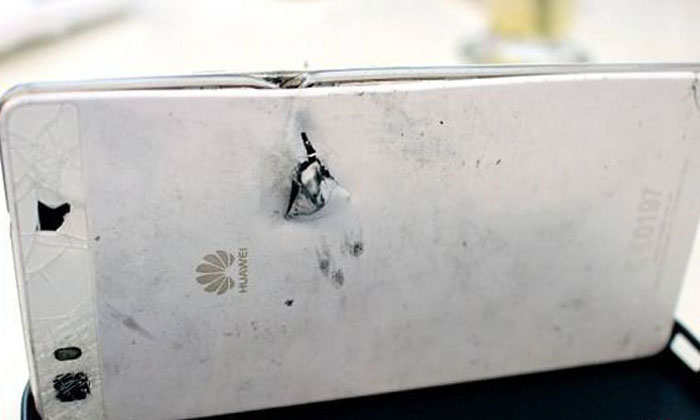 Always keep your smartphone close to your heart, it might save your life.

That's what happened to one lucky South African businessman who was shot in the chest at close range during an armed robbery in Cape Town last month.

Thankfully, the 9mm bullet bounced off his Huawei smartphone that he had stored in his jacket pocket, reports Shanghaiist.

The masked gunmen made away with about $26 in cash from the 41-year-old but did not take his life.

He was rushed to hospital after the shooting but was found to be in good condition.

The same cannot be said about his smartphone but it went above and beyond its basic functions.

After hearing about the incident, Huawei gave Siraaj Abraham a brand new Huawei P9 Lite to make up for his loss.

Netizens could not help commenting on the news.

"Big deal! Samsung's Galaxy Note 7 could be used as a grenade."

"Folks, be sure to bring a Huawei and a Samsung Galaxy Notw 7 next time you visit Middle East and Africa war zones."

We wonder how the new iPhone 7 will fare against bullets.

Related Stories
Police on islandwide hunt for suspected robber who made away with $20,000 from Standard Chartered bank at Holland Village
30-year-old man arrested for allegedly punching, kicking and robbing woman in Orchard
Arrested: 2 men suspected of robbing elderly guy of $10,000, phone and gold chain in Hougang
More About:
robbery
shooting
gun
gunshot
smartphone