Skating rink in Japan slammed after freezing 5,000 dead fish into the ice 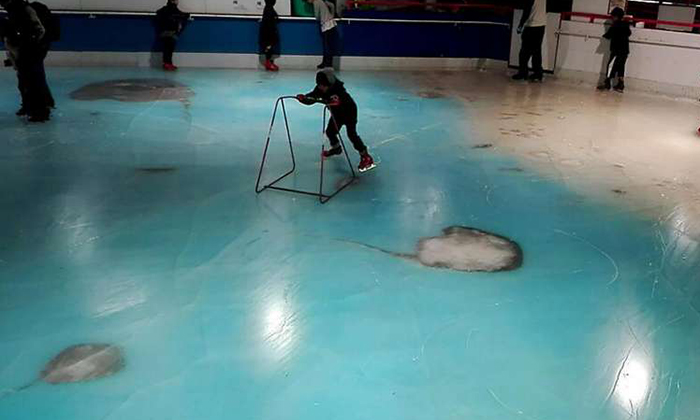 A Japanese ice rink has been skating on thin ice after it froze nearly 5,000 dead fish into the ice as part of a visitor attraction.

The rink, which is located in southwestern Japan at the Space World amusement park, opened on Nov 12.

The fish were frozen under the surface of the ice as part of a decorative effect while customers skated above.

According to The Straits Times, the rink is now being melted and the company will hold a memorial service for the aquatic creatures.

Mr Toshimi Takeda, general manager of Space World, said: "We are planning to hold a memorial service for the fish inviting a Shinto priest, which we'd planned before getting criticised."

The idea was slammed by netizens, who called them out for wasting food and "using the creatures as a toy".

A Space World spokesperson said the fish were all already dead at the time of purchase and were considered unfit to be sold in markets.