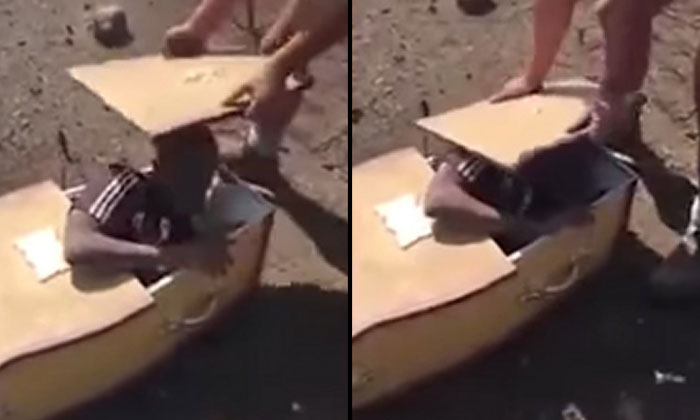 A video from UNILAD showed two white farmers forcing 27-year-old Victor Rethabile Mlotshwa into a coffin and threatening to burn him alive.

Willem Oosthuizen and Theo Martins Jackson are both South African farmers, charged with kidnapping and assaulting Mr Mlotshwa back in November this year and are waiting for further hearing in January.

The pair are believed to have recorded the attack, which shows the men forcing the crying man into a coffin before pushing the lid down on his head.

It is said that the two men were saying:

"Come, come. We want to throw the petrol on."

They were also said to have threatened to put a snake in the coffin with him.

Mr Mlotshwa explained how he was walking to the town of Middelburg and was using a short cut when the two men spotted him.

"They accused me of trespassing.

"Then they beat me up and I had to run away.

"They tied me with cable tie and took me to the nearest farm.

"They beat me up and forced me into the coffin."