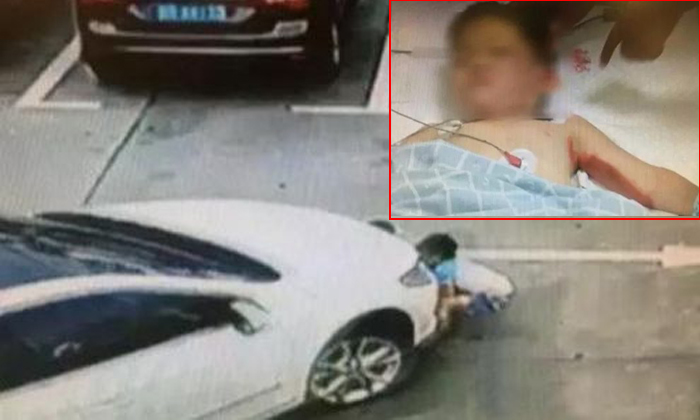 The short clip was posted on Weibo by a Shenzhen police account, according to the Shanghaiist.

The female driver, surnamed Zeng, was reportedly on her mobile phone when the accident occurred.The car knocked them over and dragged one of them under its wheels.

Miraculously, all three children survived the accident but suffered from broken bones and scratches.

According to thepaper, the brother of one of the injured witnessed the accident and rushed to tell his father. All the other parents then rushed to the scene.

Response on social media has been mixed, with some Weibo users slamming the children's parents for allowing their children to play in the carpark. One user commented that "the parents should be held for 15 days and educated" while others argued that both the parents and the driver shared equal blame.

Police have taken the driver and the vehicle under custody and an investigation is ongoing. Watch the horrifying footage below.