Seriously, what colour is this dress -- is it black and blue or gold and white? Netizens can't agree 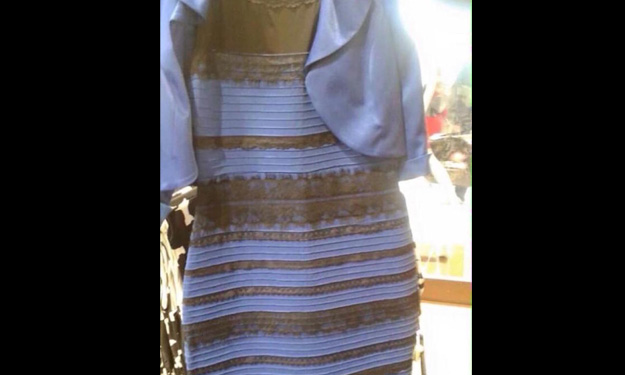 This is NOT a joke: Since this photo hit Tumblr yesterday (Feb 26), netizens have engaged in a heated debate over the colour of the dress.

Websites like Buzzfeed have even posted a poll on the colour of the dress, but it looks like readers are torn as well.

Their answers can be sorted into three distinct groups.

To put it into perspective, the group that stands by the black-blue combination sees the "gold" as black and the "white" as blue.

Another interesting point to note: A Stomp writer initially saw the dress as white and gold, but after looking at the picture for some time,  said the colours of the dress "changed" to blue and black. Monitor settings were not tweaked in any way.

And to top it off, once the colours "changed" to blue and black, the writer could not 'unsee' the new colours even when pictures of the dress were flashed on other computers.

To quell all the debate and preserve friendships, another Tumblr post has surfaced showing another picture of the dress.

The verdict: It is a black and royal blue dress.

So in all seriousness, what colours do you see? And why do you think some people see it as white and gold?

Read this Wired article to learn about the science behind why different people see different colours.

Think you've got a good sense of colour? Take this colour test here and let us know how you scored!

what colour is this dress
dress
fashion
unusual