Seniors drag student into school storeroom in Malaysia, then undress and rape her 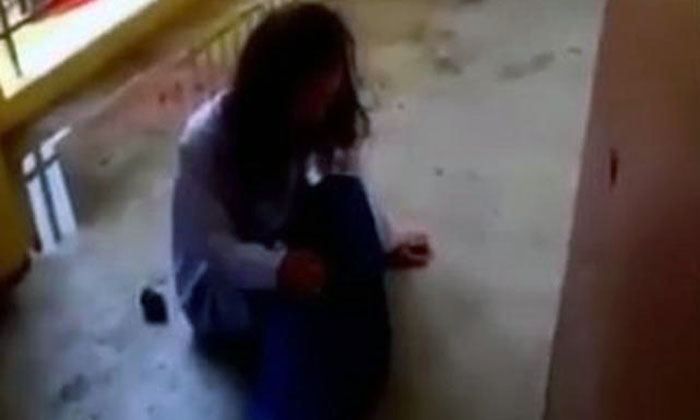 Two senior students are alleged to have sexually assaulted a 13-year-old schoolmate within the school compound in a shocking incident in Jasin, Malaysia.

The Form One girl claimed she was dragged into a storeroom by two of her seniors at about 2.30pm on Tuesday.

Once inside the room, the two allegedly took off her uniform before raping her, reports The Star.

An administration staff member who happened to walk past at the time, heard her screams and rushed into the storeroom to check.

Startled by his presence, the two boys fled the scene as he took the girl to the principal's office, where she related how she was dragged into the storeroom and undressed before being raped.

It is learnt that one of the boys admitted to the act when questioned the next day, claiming that the girl gave her consent to the sex act.

A report was lodged at the Jasin police station on Thursday.

"We have sent the girl for a medical check-up. Investigations are on-going for committing statutory rape," he said.

"This occurred within the school's compound in broad daylight," he said.

"It is high time schools beefed up security and safety measures," he said.

Mak said the authorities should view such incidents seriously as it involved students committing a brazen criminal act.

Related Stories
18-year-old student molested girl, 16, before raping mutual friend who tried to match-make them
Teen, 18, tried to rape woman while out on probation for randomly attacking women with plastic bags
Man on trial for raping his own mother claims he was slapped around by police before giving 'untrue' statements
Medium rapes woman who sought his help to get rid of 'ghosts' in her flat
More About:
Rape
crime
Malaysia
pervert