'Saman' like no other: Cleaner in China surrounds illegally parked car with more than 40 rubbish bins 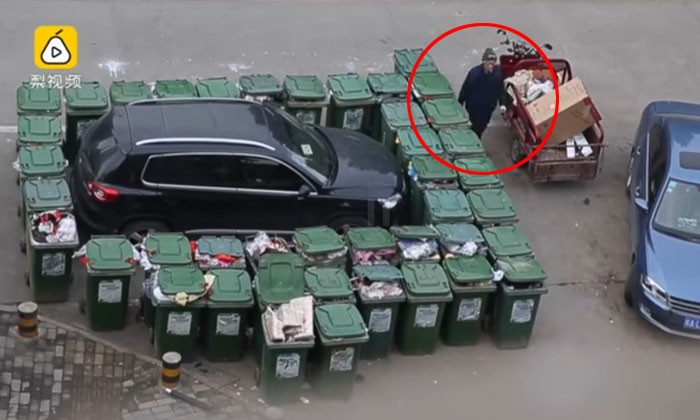 An illegally parked car was blocking the entrance to a garbage compound in eastern China's Anhui province, making it difficult for a cleaner to do his job.

So he gave the driver a taste of his own medicine and barricaded the vehicle with more than 40 rubbish bins, much to the mirth of the online community.

The car was apparently causing an obstruction to the garbage compound.

The cleaner, who did not give his name, said the car was parked there for several hours and he had no way of contacting the driver, news site Ahwang.cn reported on Monday (Dec 19).

"Garbage must be cleared on time," said the pragmatic cleaner in a video posted to Facebook.

Facebook users praised the cleaner for his actions, with one of them, Aries Yong, saying that "some people must be taught a lesson" and another, Yng Liu, adding that the garbage "should be put inside his car".