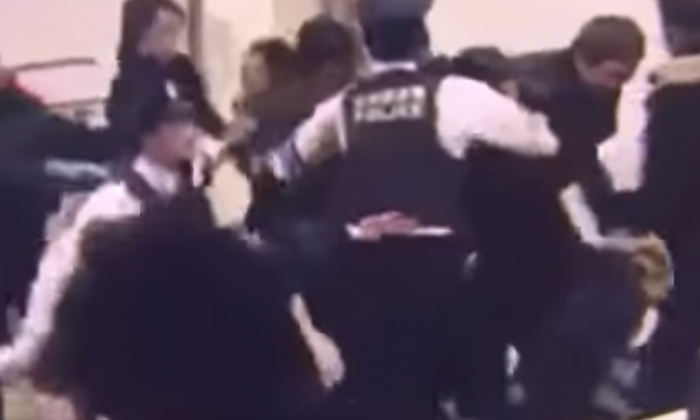 A group of Chinese tourists clashed with Japanese police officers after getting stranded at the Hokkaido airport last Friday night (Dec 23) due to the heavy snow.

The incident arose when a heavy snow storm, nearly the most severe seen in half a century,  caused nearly 28 flight cancellations and left 6,000 people stranded at the New Chitose Airport in Hokkaido.

Around 100 Chinese tourists started voicing their displeasure at around 8pm, and some of them even ventured past the departure gate and got into skirmishes with the police officers that were dispatched to maintain public order.

Fortunately, no one was hurt in the incident, reports Shanghaiist.

A traveller, Sean Fitzpatrick, who was travelling with his wife and two young sons told reporters that he took his family out of the airport as he felt the airport was ‘unsafe’ following the incident with the Chinese tourists.

“It was absolutely crazy that the situation flared up so quickly.”

“The group started chanting and made things very tense and wrapped the atmosphere up into almost a riot situation.

“We’ve got two young children who witnessed a lot of things that terrified them and actually upset them.”

Watch the tense situation unfold in the Youtube video below.