Real life Breaking Bad? Wuhan chemistry professor gets caught shipping $600,000 worth of meth to US and Europe monthly 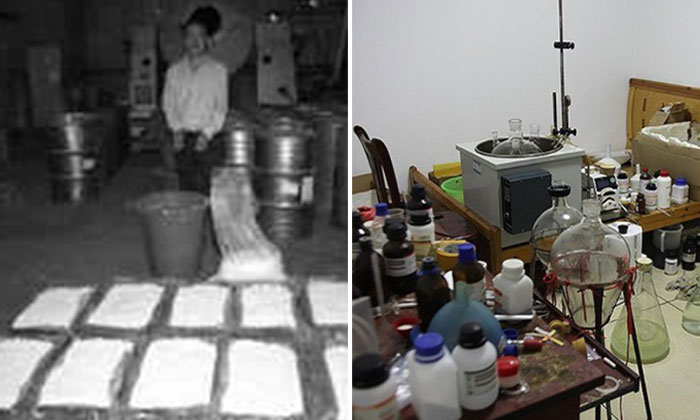 In a episode of breaking Bad turned reality, a 46-year-old Chinese chemistry professor, Zhang was convicted of producing and selling methamphetamine.

Zhang shipped $60,000 worth of the psychoactive drug to the US and Europe monthly before getting caught, and although he is certainly not the first to take after beloved character Walter White’s footstep, this incident marks the first time that a Chinese chemistry teacher had targeted the international market.

The professor, along with two accomplices were found guilty on Tuesday (Dec 06) of selling 32kg of illegal substances, including MDMA-like methylene and ‘Flakka’ which has been linked to a spate of violent incidents in America, reports Shanghaiist.

Zhang had majored in chemistry at a top university in Wuhan and went on to become an associate professor at the same university.

While he was on a trip in Australia, Zhang found out that the drugs were in demand and saw an opportunity to get rich.

Upon returning to China, he reportedly rented a 800-square foot production plant in Wuhan’s Ningxia District, citing the production of medical coating and solvent production.

Zhang also managed his finances through accounts at Western Union and Bitcoin, and sent his product via mail delivery.

In November 2014, custom officers seized more more than nine of his parcels containing methylene, and in June 2015, authorities raided his lab where they found around 20kg of drugs.

Related Stories
Horrifying photos of boy found in SUV with adult couple allegedly passed out on heroin goes viral
19-year-old loses tip of her fingers -- for a reason that will break your heart
Oops! Man makes biggest mistake of his life after doing drugs before getting on plane
drugs
Breaking Bad
WuHan professor sells drugs