Poor and single American mum ends up as legendary jewel thief: No retirement for her even at age 86 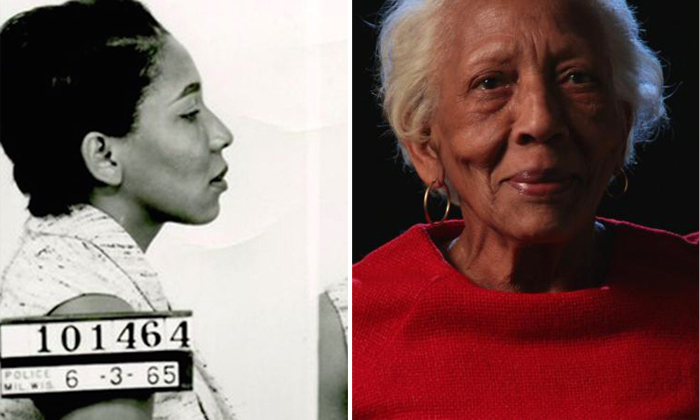 Famous American jewellery thief Doris Payne stubbornly refuses to give up, even if it means having to go behind bars again in a notoriously long career that has spanned six decades and taken her all over the world.

While many people, even criminals, would have eased into retirement as they enter their golden years, the 86-year-old continues to be motivated by the love of a tempting game - how to swipe diamonds that do not belong to her.

Dunwoody police spokesman Mark Stevens told The Guardian in an e-mail that she faces a shoplifting charge.

Last year, she was accused of pocketing a US$690 pair of earrings from a Saks Fifth Avenue department store at an Atlanta mall. Court papers in Atlanta reference six cases, committed mostly in southern California since 1999, before the alleged theft last year.

How a poor, single, African-American mother from 1950s America ended up as one of the world's most notorious jewel thieves is a puzzle that has stumped many for years.

Stories of her alleged heists fascinated the public and world media, with countless news reports and even a documentary film, The Life and Crimes of Doris Payne, detailing her exploits.

The Jewelers' Security Alliance, a industry trade group, even sent out notices as early as the 1970s warning about the smooth criminal.

When she was nabbed in 2008, she reportedly stated her occupation as "jewel thief".

When asked about her feats in an interview with The Associated Press this year, she summed up in a few words about who she was instead: "I was a thief."

But she let on about how a childhood incident gave her the idea that she could support herself by stealing.

When a store owner let her try on watches and then forgot about it after moving on to serve another customer who had entered, it sowed the seed in her mind that a mere distraction could make it easy to get away with a fancy trinket in hand, she told the AP.

According to The Guardian, authorities have said she has used at least 22 aliases over the years and probably got away more often than she was caught, although she was jailed several times.

"I don't tell a person in the store I want to see something that costs US$10,000. They make those decisions based on how I present myself and how I look."

An ex-roommate of Payne was "devastated" to hear about her latest arrest.

Sonjia Williams told NBC News that she believed Payne was starting a new chapter in her life as that she had just moved to her own apartment and was hoping for a book deal.

"I pray that she's released, because she's not well and I just know that she doesn't belong there," Williams said.

She added: "I'm going to take her to church."

Related Stories
Parenting done right: Kid steals and was made to confess his crime by his father
Charged: Suspected thief who was chased by maids and nabbed by heroic passer-by at East Coast
stealing
thief
Doris Payne
famous jewel thief