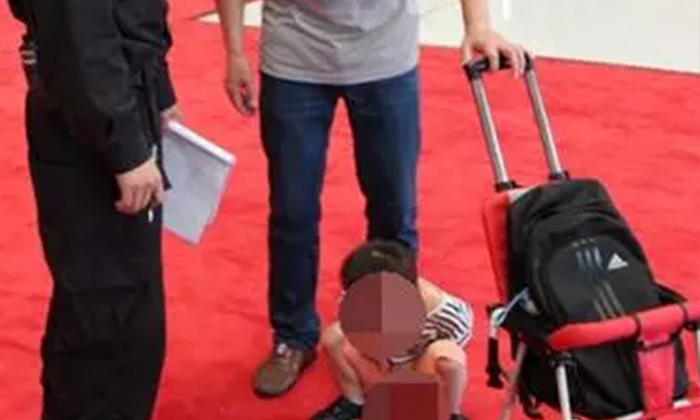 However, when the convention center opened its doors to the public on Sep 26, it saw another type of trickle.

A security guard, surnamed Bao, witnessed the incident. He told Sina that the incident happened on Sep 27, around 11am. He had just entered the hall when he saw the child squat down and pee on the carpet.

The father was oblivious to his child's antics until Bao shouted at him to "look at what your child is doing".

Unfortunately, it was too late and a wet spot was left on the carpet.

The security guard in the photo, Han, told the child's parent that he had to "be more strict with his son and not let him pee everywhere".

The guards called cleaners in immediately, and the pair left in a hurry.

This is not the only incident of uncivilised behaviour over the ten days when the convention center opened to the public.

People had been playing with doors and bells that have "do not touch" signs on them. Many of these objects contain jade and copper details which will oxidise faster if touched.

Others have taken off their shoes to sleep on the garden benches and playing poker in the cafeteria.