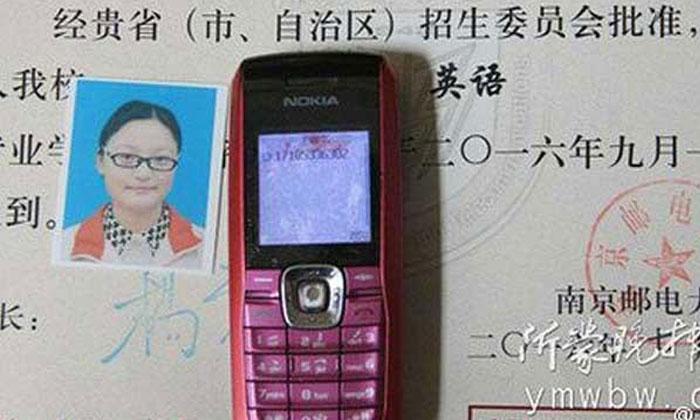 Four suspects have been arrested by police for alleged involvement in a high-profile telecom scam linked to the death of a new college recruit, the Ministry of Public Security said on Friday.

Authorities are also warning against fraud and taking measures to prevent more students, who often lack social experience, from falling victim to telecom fraud as a new semester approaches.

The four men are suspected of having fleeced an 18-year-old woman in a rural village in Shandong province out of 9,900 yuan (S$2,016). On Sunday, two days after she was cheated, the woman died of a heart attack.

Two other suspects were being sought, and police have put them on the nation's most-wanted list.

Xu Yuyu, a high school graduate, had enrolled at a university in Jiangsu province, and the money she lost in the scam was what her financially strapped family had raised for her as tuition fees.

Xu's mother is disabled and is not employed, while her father earns about 3,000 yuan a month. To raise the tuition fees, they used up all of the family's savings and borrowed more than 1,000 yuan from relatives.

Her death is not the only one linked to telecom scams.

Local media reported on Friday that Song Zhenning, a sophomore at Shandong University of Technology, died from cardiac arrest on Tuesday, five days after being swindled out of 2,000 yuan, his living expenses for three months.

"It is sad to hear these young people fall into fraud traps. Telecom and online fraud often happens to students when new school terms are about to start," Pei said.

Most impostors use text messages, phone calls or social media to relay messages purportedly from educational authorities, he said.

A report issued by Qihoo 360 in June said that its security center received 5,543 reports of online fraud from January to April, of which 365 were reported by people less than 16 years old－up 4.4 percent year-on-year.

Wang Sixin, a law professor at Communication University of China, said that many young people lack social experience and awareness of security, so they are often unable to detect fraud.

Wang suggested that parents and schools should provide students with more security knowledge.

Tsinghua University in Beijing has started to give a security test this year for newcomers, who must answer about 500 questions about telecom fraud, transportation issues and fire prevention, before they register.

According to Chinese Criminal Law, swindlers could be sentenced to life imprisonment if the fraud amount is "extremely huge" or related to "an extremely serious situation".

Related Stories
Chinese guy walks into station pretending to be police chief to impress girlfriend, gets detained by 'staff'
7 scams that are happening in Singapore right now
More About:
China
death
student
scam