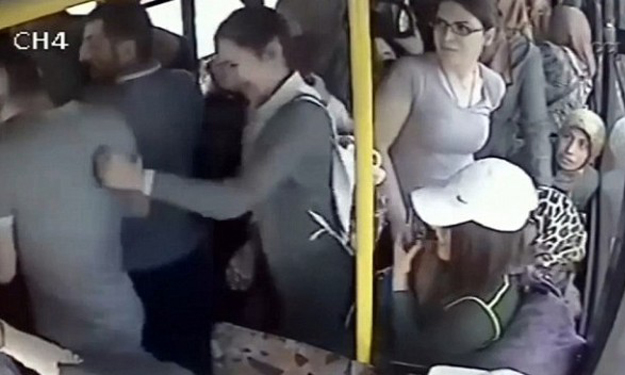 Flashers and molesters usually count on their victims being too afraid to say anything, and one pervert learnt the hard way that women are not as weak as he thought.

A 34-year-old man in Turkey was beaten up by almost all the female passengers on a crowded bus after he tried to have his way with one woman.

Some reports say he flashed his genitals, while other say he groped the woman.

According to The Sun, this occurred at Turkey's western Kocaeli region. The pervert stood behind the woman and pressed himself against her.

The lady, whose identity is unknown, realised what was happening and retaliated. She screamed loudly and slapped him repeatedly.

The other female passengers came to her aid by hitting and even kicking him.

According to Metro, as he tried to run, he was even grabbed by them and prevented from fleeing after the doors opened.

The suspect was later arrested and charged with assault.

They said the police were quickly on the scene because the bus driver had only opened the doors when he was driving alongside the Basiskele Police Station.