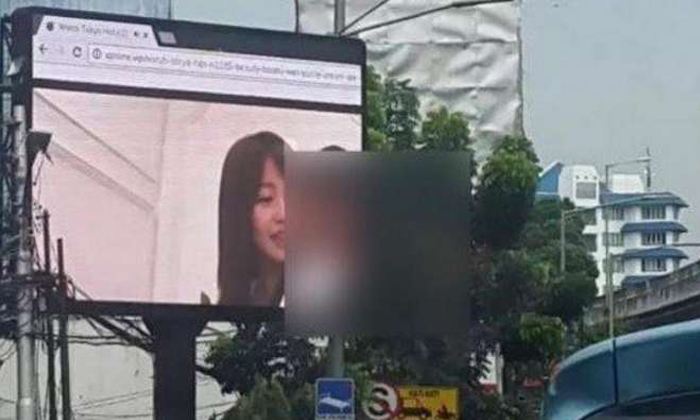 A large outdoor TV screen displayed what appeared to be a Japanese adult movie in South Jakarta to the shock and consternation of residents and passers-by on Friday afternoon.

The 24-square-meter LED jumbotron screen, located near the South Jakarta mayor's office on Jl. Iskandarsyah showed a video of a woman and a man involved in sexual intercourse. The video played for a few minutes before the power was turned off.

South Jakarta Communications and Information Agency head Lestari Ady Wiryono said her office, with the help of local people, cut the power to the LED screen at 2.45pm following reports about the indecent footage.

The jumbotron is owned by private company PT. Matapena Komunika Advertama, which sub-contracts the content of the display to PT. Transito Adiman Jati Transito Adverstising.

"The South Jakarta administration takes this matter seriously," Lestari said in a press statement, adding that her office in coordination with the South Jakarta tax office and the Cyber Crime unit of the Jakarta Police visited PT. Transito's office for information on the content display.

There are 58 LED screens in South Jakarta with various sizes of monitors, according to data from the South Jakarta administration.

A 2015 gubernatorial decree stipulates that all billboard displays must comply with public ethics, aesthetics, public order, decency, security and the environment.