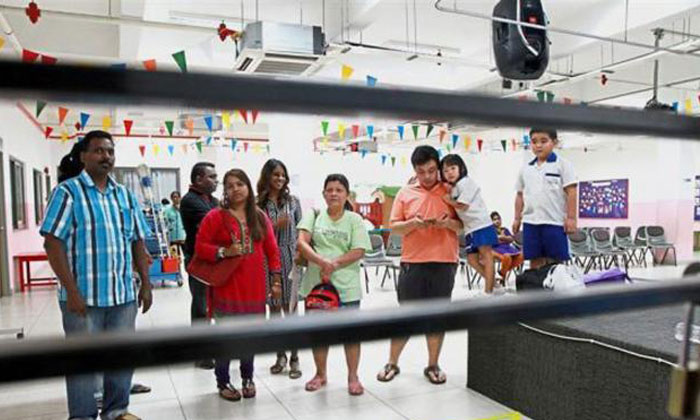 It was a drama-filled first day at a kindergarten for a group of parents and their six-year-olds when they were told that there is no place for them.

Arguments broke out in the morning, with the parents saying they were unable to obtain a satisfactory reply from the kindergarten management.

One parent, who only wanted to be known as Roger, said a staff member told them that the "person in charge" was out of the country and could not be contacted.

The parents also claimed that another staff member was rude to them and had threatened to call the police if they did not disperse.

Roger, whose son has been attending the kindergarten for the past two years, said Tadika Wesley Methodist only informed him that his son was not registered when he arrived at 8am yesterday.

He added that the situation arose after the kindergarten removed a class for six-year-olds.

Another parent by the name of Jothi said the kindergarten was only licensed to run five classes, one of which is for six-year-olds.

She said the kindergarten had two classes for six-year-olds last year.

Another parent named Suganrama said it was a practice previously for parents to verbally inform or submit a form to "reserve" their child's place, with registration payment normally done on the first day of school.

Suganrama questioned why her child was not registered even though she had informed the previous class teacher.

When The Star visited the place in the afternoon, some parents were still waiting for a spot for their children.

A church staff member, who declined to be named, said they would reinstate the additional class for six-year-olds, and merge the two four-year-old classes in order to keep the total number of classes at five.

She said the kindergarten's new management committee wanted to abide strictly by the operating conditions set by the authorities, hence the removal of the second class for six-year-olds this year.

She said it was stated in the registration form handed out last August that confirmation of registration would only be given upon payment.

"This year, the committee decided to be strict over the matter. We have this issue because payment was not received (earlier)," she said, adding that the priority of the kindergarten was to allow children to study.