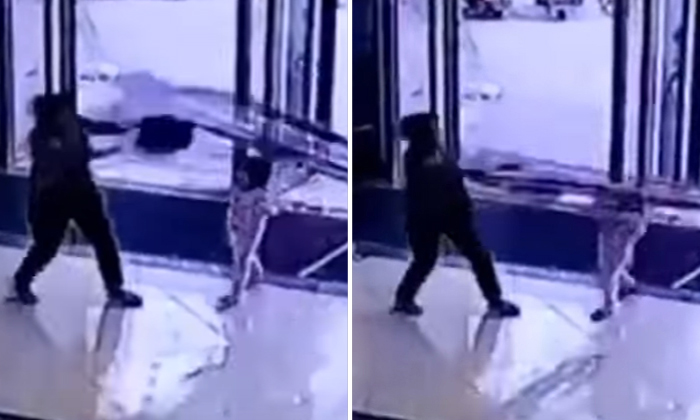 A 3-year-old girl was crushed by a huge glass door that fell apart at a shopping mall in Foshan, a Guangdong Province in China, on Nov 6.

According to Shanghai Daily, the girl was unconscious at the scene and was rushed to the hospital.

The horrifying incident was captured by a closed-circuit television (CCTV) camera, and its footage soon went viral.

In the YouTube video below, the little girl's grandmother is seen entering the shopping building, followed by the toddler.

In a matter of seconds, the massive glass door came crashing down and eventually trapped the poor toddler underneath.

The video shows the grandmother trying to prevent the door from falling, but failed and was knocked over to the side.

Thankfully, the toddler survived, but was diagnosed with multiple fractures in her skull.

Shanghai Daily reports that the cause of the incident is still under investigation.

Related Stories
Toddler suffers cracked skull, brain haemorrhage after falling from escalator in Malaysian mall
'I want my daddy,' cries girl whose dad died attempting to save her at JB waterfall
Toddler gets the shock of his life after THIS crawls out of his banana
China
accident
toddler
toddler. kid