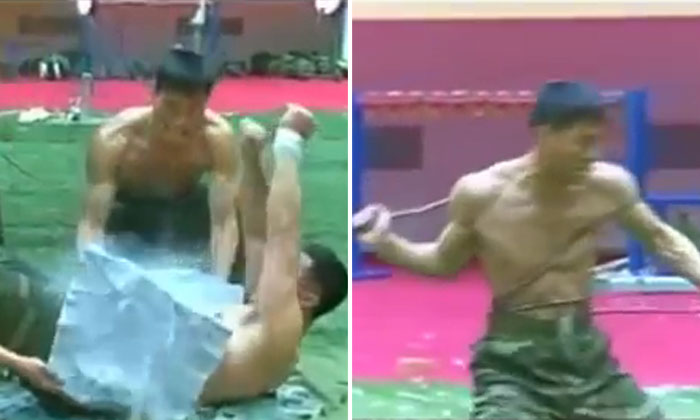 North Korea has become that country no one takes seriously due to their wild propaganda and outlandish dictator, so  it is no surprise that this also applies to their military prowess.

However, it might be time to change that perception. According to ViralThread, a video showing the North Korean army going through their daily drills has recently gone viral, and it is almost terrifying.

As it turns out, they were not as feeble as we thought they were.

Watch the training video and be amazed by their strength. The video below gives us a rare (and terrifying) look into what Kim Jong Un and his boys have planned for us.

From sparring one another using kung fu, to putting themselves through significant pain for the good of their leaders, and even destroying a whole orphanage worth of building materials in attempt an to show off their strength, oh and not forgetting the hearty grunt accompanying the end of every stunt -- these soldiers are definitely not actors.

According to the site, Kimg Jong Un declined to comment on the strength of his elite forces, possibly because he has no idea how impressive martial arts and all that strength will match up against a tank? Or maybe he's just sitting back and letting his boys do the talking.

Could this video be another way fpr Kim Jong Un to show that he's ready to take on the world?

What do you all think?