Normal or not? Students told not to be worried about cracks on dormitory building 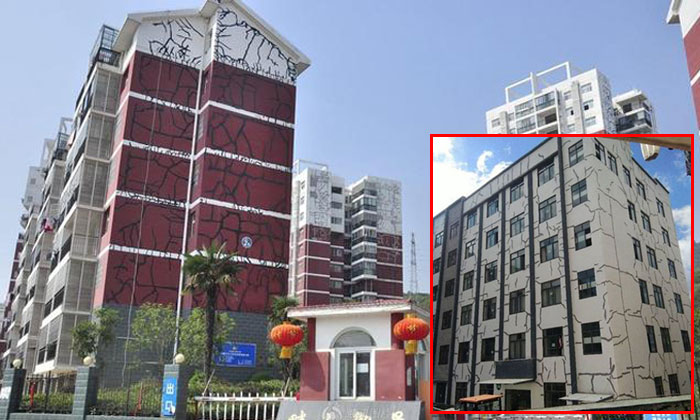 Photos of a "heavily bandaged" dormitory building in China, Yunnan, has recently gone viral -- raising concerns about students' well-being. Usually people will start panicking at this point in time but according to Shanghaiist, the university has promptly assured everyone that the cracks in the building were perfectly "normal" and that there was nothing to worry about.

The dorm was built only about six months ago on the campus of Yunnan Forestry Techonological College in Kunming. However these mysterious cracks only started to appear after students moved in during the recent semester -- causing workers to repair the structure with "bandages", unknowingly giving it a new modern design.

Upon seeing the photos, many web users thought that the students were probably moved out before the building collapsed on them -- I mean would you not have thought the same?

The university later explained that it was common for steel-framed concrete buildings to crack on the outside.

This however, does not affect the insides of the building. So yes, everyone is safe.

A worker explained that after the repairs were made to the outside, the dark "bandages" were added to help make them stick.

Weibo users have since congratulated students on the trendy new design of their dormitory:

"College principal: 'You students just don't know anything about what is fashionable.'"

"Say no more. It really gives off an artistic aura."

"This should become the dormitory for the arts students, that way they can gain more inspiration."

"Am I the only one who thinks it looks disgusting? The repairs look like worms!"

They may not be "normal" or fashionable to some but hey it is nothing to worry about after all. Slap some tape on and we are all good.