New creatures and special 'Santa Pikachu': Here's what trainers can expect from the Pokemon Go update 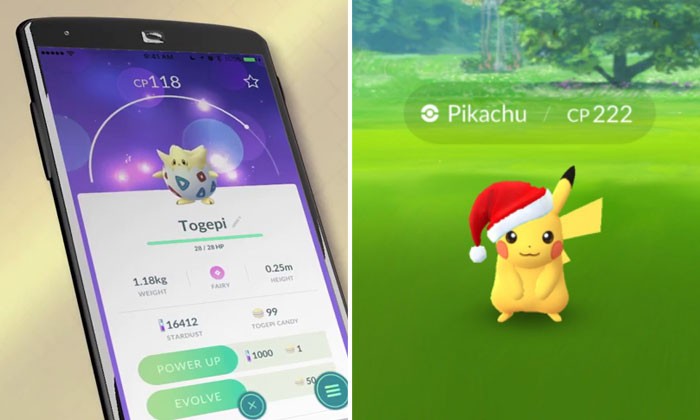 Pokemon Go, the mobile game about catching virtual critters, is finally getting the series' second generation of Pokemon.

Niantic Inc, the game's developer, announced that new Pokemon, such as Togepi, Pichu and selected others, from the Johto region in Pokemon Gold and Silver video games will be available from today (Dec 13) onwards.

Unfortunately, players cannot catch these new Pokemon in the wild. Instead, they will need to hatch them from eggs picked  up at Pokestops.

In addition, there will be a limited edition of everyone's favourite Pokemon Pikachu wearing a Santa hat all over the world for Pokemon trainers to catch from now till Dec 29.

Furthermore, with the onset of winter in many countries, the decision by Niantic to have these second generation Pokemon attainable only by hatching through walking is sure to be met with plenty of criticisms.

At least there is a Santa Pikachu to catch for now.

Related Stories
World's most expensive Pokémon card: Can you guess how much it costs?
'Pokemon invasion' at Changi airport: Here's where you can catch the cuddly monsters
pokemon
game
new
trivia