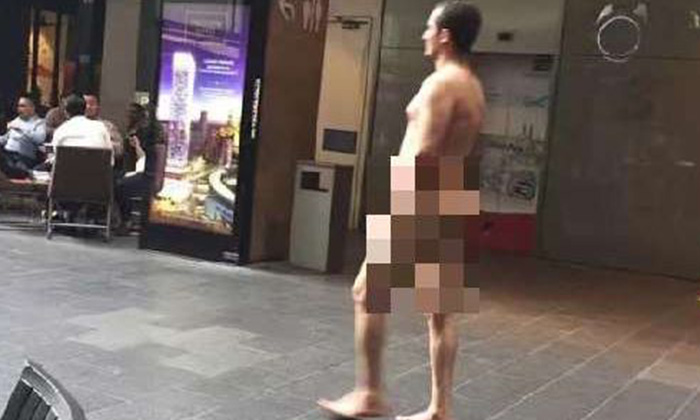 A fully naked man was spotted parading himself around a popular shopping mall in Kuala Lumpur at 4.30pm last Friday (Dec 9).

Pictures on social media revealed his naked body from the back fully exposing his buttocks.

"At a shopping mall, there's a man running around naked."

A spokesperson from the shopping mall told The Star:

"Our security managed to get hold of him immediately.

"We then brought him to our office where we gave him some clothes."

The spokesperson then said they tried questioning him on his actions but were met with an "expressionless robotic reply".

"He seemed on the unstable side and he refused to answer (our questions). So we don't know whether he is local or a foreigner because obviously there is no identification card on him," the spokesperson added.

The spokesperson said they eventually escorted him out of the shopping mall after they had fully dressed him.

"As far as we are concerned the incident has been dealt with," the spokesperson clarified.