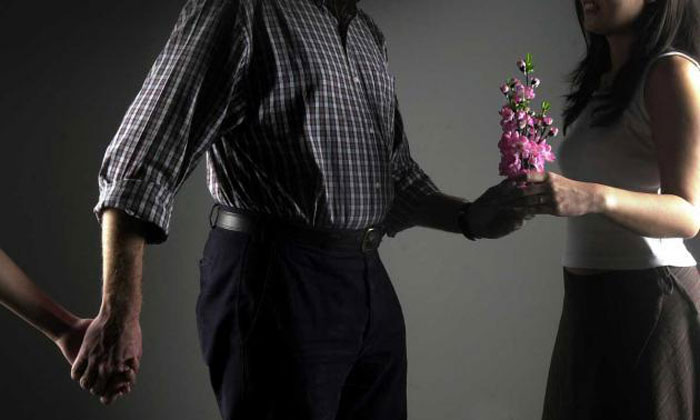 "Dear Troubleshooter" is a relationship advice column that appears in The Japan News, a publication that is part of the Asia News Network.

I'm a company employee in my 40s. I'm distressed over my husband and his relationship with other women.

My husband has asked out various women - all single - over the years. Some of them were old acquaintances, some were former classmates and some he happened to meet at restaurants or bars.

I've taken every opportunity to ask him to stop acting this way. But he would just talk back, saying there should be nothing wrong with "meeting old acquaintances." I could never get him to discuss the topic.

He claims that the reason he goes out with single women is because it would be rude to their spouses if they were married. I would like to know, why then, he doesn't care about me, his wife.

My husband is not the least helpful at home, despite the fact that I'm doing housework while going out to work to support the family. I even had to give up my hobby.

Totally worn out by these circumstances, I've been talking to him as little as possible for the past couple of years.

I found out recently that he is seeing a particular woman. He doesn't know that I'm aware of this.

What is this man thinking? He is a father of three! I don't know how to deal with my anger.

I would suggest that you - you, who have no idea what your husband is thinking - straighten out your thoughts on what you expect him to do.

But you have to tell him all of these things only after sorting them out.

You must also make sure that the messages get across to him and not have them sound like favors you're asking of him.

Your husband seems to be acting egotistically, taking advantage of your perseverance. But no marriage or domestic peace can be sustained through somebody's sacrifice. To avoid prolonging an unacceptable marriage, you must stand tall, convey your thoughts and requests, and see that improvements are made.

Having three children, you might hold back from considering a divorce. But nothing will happen unless you cross the boundary. Please stand up and take a step forward.

Related Stories
'I slept with a relative and now I can't end the affair'
7 years of marriage and 3 kids -- but my cheating husband has been lying to me long before that
'My cheating husband brought our daughter to meet his mistresses'
More About:
cheating
couple
affair
confession