'My dog is worth more than your life!': Street sweeper gets beaten up after interrupting dog's bowel movement 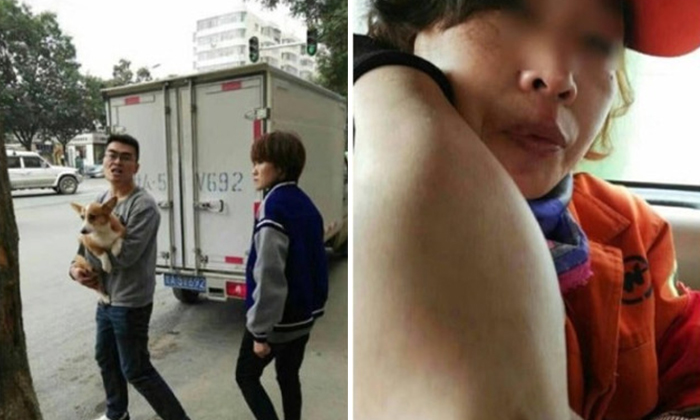 A  50-year-old sanitation worker was beaten up by a dog owner on Wednesday (Oct 26) after attempting to stop the man’s dog from relieving itself on the street.

The incident happened in Lanzhou, China, according to Shanghaiist.

What’s worse was the speech that came after the assault.

Apparently, after attacking the cleaner, the man shouted at her: "My dog is worth more than your life!"

While staff at a nearby pet store said that the attacker had sought to buy a pregnancy test for his dog earlier, inspectors found no evidence that supported this claim, reported Sina News.

After the altercation, the cleaner was delivered to a nearby hospital for an examination.

The man confessed his wrongdoings and apologised for his unruly behaviour before the police and other sanitation workers.

The cleaner and man signed an agreement not to pursue legal charges after settling on a RMB1,100 payment for her medical expenses and another RMB500 for lost income.