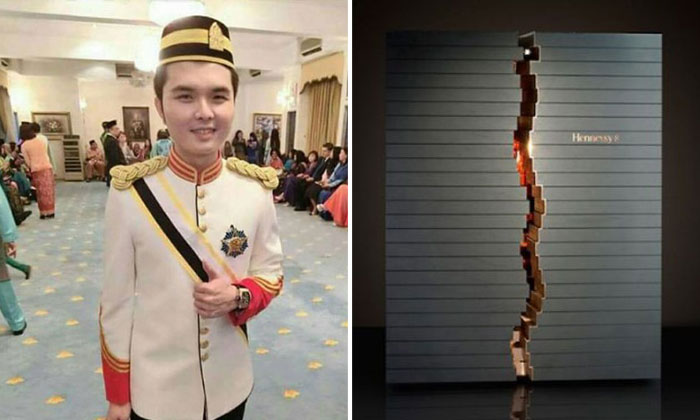 Once again Malaysia's self-proclaimed "youngest datuk" has managed to become the hottest topic of discussion on social media after reports of him spending RM888k (S$287263.23) just for a bottle of limited edition Hennessy came to light.

So what exactly is so special about that bottle of Hennessy? According to a report by The Coverage, the Hennessy8 is one that is 100-bottle limited edition worldwide -- retailing at RM168. And with a bottle that artistic, who would not want to get their hands on one if they could?

Spending loads of money did not seem to be a problem for Datuk Alvin, in fact he told the Chinese media:

There have been multiple reports of Alvin appearing to be rather controversial character.

According to the site, he had previously been photographed with multiple luxury cars and expensive watches, claiming himself to be a very successful currency trader.

Netizens, however, have long accused him of running a scam or doing illegal businesses, but evidently that does not seem to stop him from flaunting his wealth.