Mother loses 6 of 9 children to fire in US: Baby, toddler and 3-year-old twin girls among victims 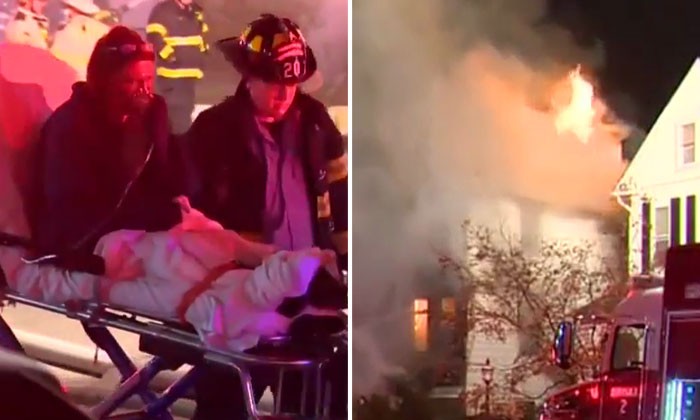 A fire broke out at a three-storey house in Baltimore, America yesterday (Jan 12), killing six children which include a baby, a toddler and 3-year-old twins, and leaving their mother, Ms Katie Malone, and another three children in serious and critical condition.

Baltimore Fire Department spokesman Chief Roman Clark said that when the firefighters arrived on the scene past midnight, the fire had engulfed the house and its third floor had collapsed onto the second floor shortly afterwards.

He added that officials began recovering the bodies of the children, aged between 9 months and 11 years old at about 10.30am.

He went on to say that the blaze was battled from outside due to the severity of the flames and destruction.

An excavator was used to remove heavy debris before a more detailed search for one of the bodies.

He said, "Firefighters are doing what we call 'hand dig' and they are going through it by hand and small tools,"  before the sixth body was discovered late yesterday afternoon.

He mentioned, "It's a slow process, we're trying not to disturb any remains."

According to Reuters via The Straits Times, the cause of the fire was under investigation.

A baby, a toddler and 3-year-old twin girls were among the six children killed, according to fire officials.

Ms Katie Malone was identified by Maryland Representative, Elijiah Cummings, as a special assistant who had worked in the congressman's office for nearly 11 years, according to a statement from his office.

He said, "My staff is a family and this unimaginable tragedy is shocking and heartbreaking to us all."