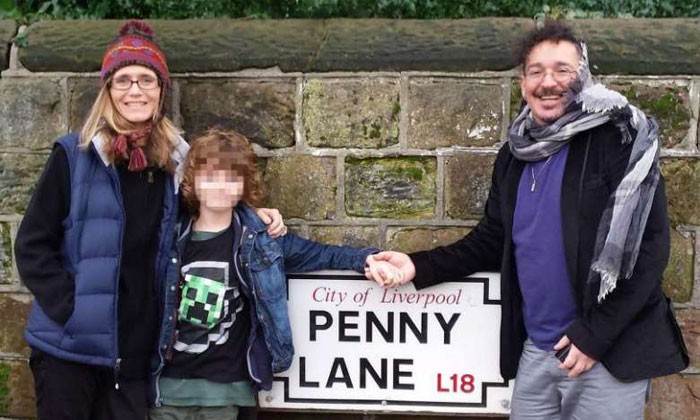 A mother in the US trekked for over 36 hours in freezing cold temperatures, eating twigs and drinking her own urine, after her family's rental car got stuck in the mud as they drove to see the Grand Canyon in Arizona for the very first time.

The 46-year-old walked for nearly 50km as her husband Eric, who recently broke his back, and their 10-year-old son, Isaac, waited for her to either flag someone down or get cell phone service.

The Pennsylvanian family's car was stuck in mud in a forest after they followed the vehicle's GPS down a dirt track to bypass roads that were closed or simply impassable due to the weather.

According to Columbia Broadcasting System (CBS) via The Straits Times (ST), Karen, was a triathlete and marathon runner who is trained in survival techniques was decided as the one who would look for help.

The college professor standing at 162cm tall, managed to trudge just over 15km through a metre deep snow when she noticed that the main highway had been closed, according to Australian Broadcasting Corporation (ABC) News via ST.

She started walking to another entrance to the Grand Canyon National Park which came across her mind, located more than 20km away.

She started drinking her own urine and eating aspen and evergreen twigs when she ran out of food and water.

She avoided eating snow as it can hasten hypothermia.

She pulled a muscle near her hip and lost a shoe due to compacted snow.

However, she continued "physically picking her leg up and putting it forward" in order to move it.

She mentioned to National Broadcasting Company News (NBC) that she could only move it 10 steps at a time before getting very exhausted and sore.

She said, "Eventually, it became dark and started snowing."

She was exhausted but tried to keep awake.

She eventually found a guard's cabin that was closed for the season, broke a window, crawled in and collapsed, after walking for approximately 36 hours.

He and his son slept overnight in the car and he walked about 25km north to higher ground the next morning until he got cell reception and proceeded to dial 911.

"I am in the middle of the forest," Eric Klein said to the 911 operator, according to ABC.

Eric Klein's car was located by emergency responders on snowmobiles and they were then able to track Karen Klein at the cabin.

She was hospitalised in Utah and treated for exposure to cold, while Eric and Isaac were treated for frostbite.

"I didn't think I would be out that long," Klein told NBC.

She also added that she and her husband should have planned the trip better.

She said, "We just didn't realise that these roads were closed and these visitor centres were closed.

"We didn't investigate that deeply."

The rescue of the family was deemed as "a Christmas miracle" by the chief deputy for Coconino County, Jim Driscoll.

He said, "She's in really good shape. Had she not been, she wouldn't have made it."

Related Stories
Family man hoping for funds to support wife with cancer and 3-month-old daughter going for brain operation
Taiwanese woman climbs onto shop counter to pee -- then drinks her own urine
'I want my daddy,' cries girl whose dad died attempting to save her at JB waterfall
urine
snow
america
mother
family
brave
eating twigs