Molested victims speak up in Facebook Live video about sexual assault, urge other women to be vigilant 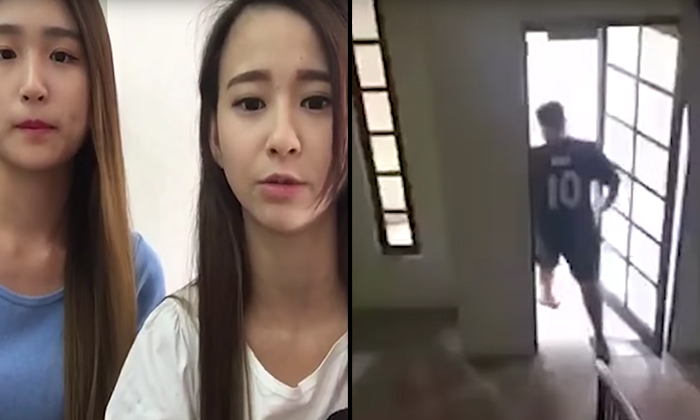 The pair of university students, Cristal Chua and Tammy Ong, who were molested recently by a man while heading back to Chua’s hostel have spoken up about their traumatising encounter.

Apparently after following the pair to a condominium block, the molester had held the door open and crept in just as Cristal was done inputting the password to unlock the entrance door.

The girls paid no attention to him, thinking that he was one of the residents living there.

He then proceeded to grope the Cristal’s rear end and tried to molest Tammy as well, but ran off when Tammy started shouting.

The molester, a man described as plump and short, and sporting a black jersey was also recorded fleeing the scene in a 16-second long video taken by Cristal according to The Star Online.

In the video, Cristal mentions that she has been taking more preventive measures after the incident, such as bringing along a pepper spray in her bag, while Tammy voiced her anger over the incident.

“We recounted the experience because we want everyone to be more vigilant,”