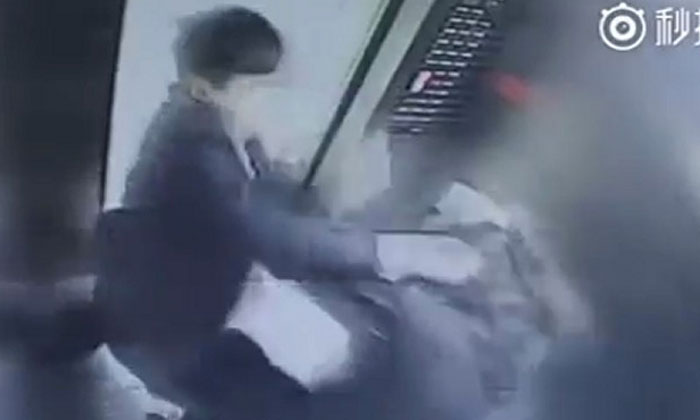 A shocking video of a man attacking a woman inside a lift right in front of her child has gone viral online.

The woman said that it all started after she asked him not to smoke.

The surveillance footage taken in a lift in Langfang, Hebei province, China on Oct 12 shows the man violently punching and slapping the woman, not caring that she was accompanied by her young son.

The woman tries to fight back but the man is relentless.

She then takes out her phone to record him before he flees.

She pursues him but unintentionally leave her child stuck in the elevator.

The woman told the police that she had never met such a savage person in her life.

The police are currently on the search for this man.

Watch the incident in the video below uploaded by People's Daily, China.

Related Stories
Man collecting $100,000 personal debt punches woman in the face and pulls her hair after calling her a prostitute
Man robs masseuse, sexually assaults her for an hour and threatens to kick her private parts
Man punches aunt after she rejects his leave, leaving her with bloody and fractured nose
Man violently attacks woman after she asks him to stop smoking in lift
China
assault
fight
smoke
smoking