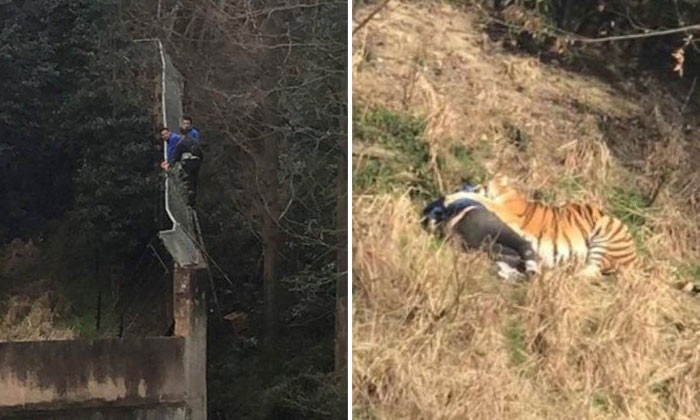 A man was mauled to death by tiger at a zoo in Ningbo, China, on Sunday (Jan 29) after he inadvertently climbed into its enclosure to avoid paying for a ticket.

According to CCTV news via Shanghaiist, the man named Zhang visited the zoo with his wife, children and a friend.

The rest of his family purchased tickets to enter the place, but Zhang and his friend decided to try their luck to enter the zoo for free.

They climbed a 3-meter high wall along the zoo's perimeter and entered the compound.

The duo then came across another wall. Zhang climbed over it, but his friend did not follow him this time.

Little did the former know however that the tigers' enclosure was on the other side of the wall.

He was subsequently surrounded by an ambush of tigers following his entry.

Zoo staff tried to scare the big cats away with water guns and fireworks. One tiger however was unfazed and proceeded to drag the man away before reportedly attacking him as his family looked on.

It was then shot and killed by zoo staff.

The victim was carried out of the enclosure and pronounced dead at a hospital.