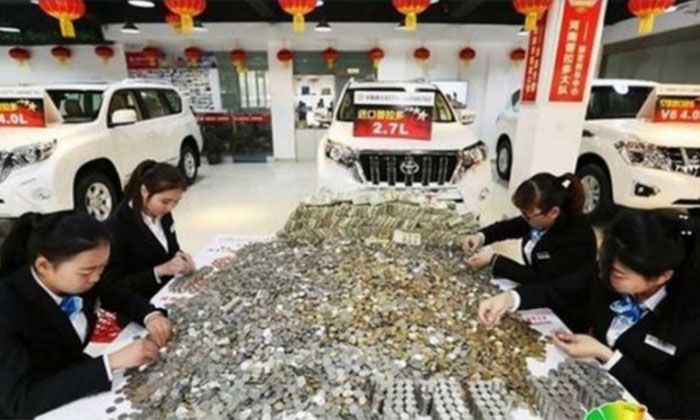 A man from northern China brought a large amount of change to a car dealer in Zhengzhou in Henan province.

In fact, he might have just "coined" a new method of paying for a car.

The largest bills he used were one yuan and the smallest coins one jiao (a tenth of a yuan), the China Youth Daily reported.

The bags of small change were so heavy that the man blew a tyre driving to the dealer, he was reported as saying.

The man, who runs a flour shop, received the small change from customers. He had attempted to make the purchase at other dealers but they refused his unusual form of payment.

Banks also turned down his request to change the coins and small notes for bigger denomination notes.

The man had previously bought a 480,000 yuan vehicle with coins too, according to reports.

It looks like little change is in store for his buying habits.

Or rather, there is too much change in his store.