Man gets viciously punched, kicked and slapped by woman -- then gets ridiculed by netizens after that 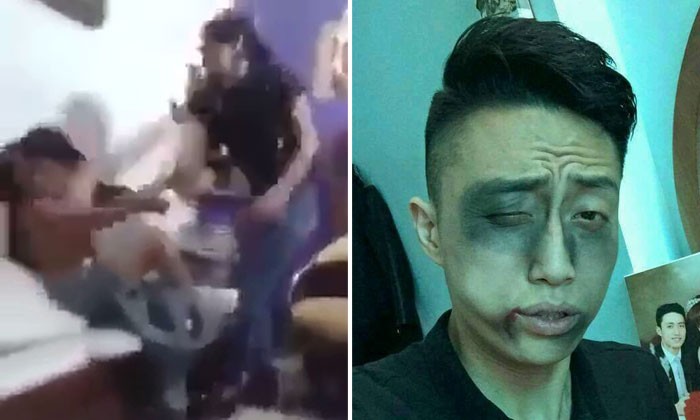 A man was ridiculed by netizens after a video of him getting beat up by a woman went viral.

In the video published by netizen Phan Lan, the woman can be first seen raining several hard punches on the man's face.

She then pulled the man's leg and forced him onto the floor.

There, she kneed him on the head. The victim was finally given a hard slap on the face.

The netizen has also posted a photo showing the man's face following the attack.

He has bruises around his eyes and mouth.

Instead of sympathising with the man however, Facebook users have ridiculed him, according to The Coverage.

The website reported that netizens have left the man with insensitive comments.

Many of them also reacted to the video with the 'smiling' emoticon.

A frustrated Facebook user has hit out at those who mocked the victim, saying that they would have reacted differently if it was a woman getting assaulted.

It is unclear when or where it was filmed.

Related Stories
Group of men whack and rain kicks on guy at AMK -- even when he is motionless on the ground
Woman spends $12,000 on plastic surgery -- then gets disfigured by best friend because it 'made her look too pretty'
fight
dispute
punch
kick
savage
attack
assault