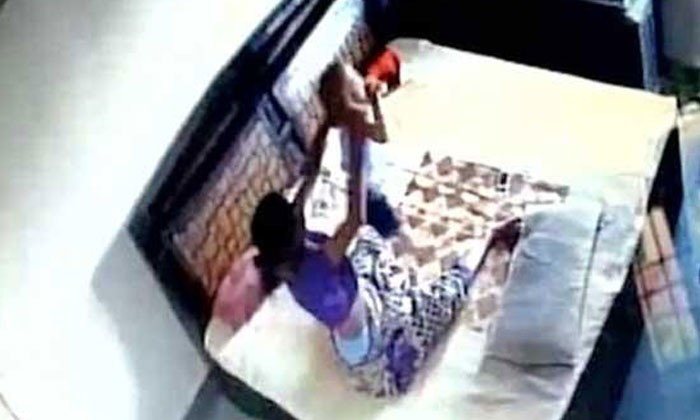 A man who suspected his wife of assaulting their son set up a CCTV camera, only to confirm his worst fears.

The woman from Bareilly, Uttar Pradesh, was caught on camera beating and strangling their 1-year-old child.

The husband, Deepak, told ANI: "I suspected that my wife beats our son, hence got a CCTV camera installed (in the house)."

In the video, mother and child are sitting on the bed, before she suddenly puts an arm around his neck and lifts him up .

She then roughly sets him face-down on the bed, forcefully slapping his backside several times with both her hands.

According to the Hindustan Times, the husband, Deepak, said he got suspicious after finding bruises on the boy's body.

In a video interview with ANI, the husband tearfully says his wife, Poonam, has also dashed the child's head against the wall.

Deepak has submitted the footage to authorities and wants to see his wife prosecuted.

According to the Hindustan Times, Poonam's father claims Deepak used to harass her for dowry and used violence on her, accusations which Deepak has denied.