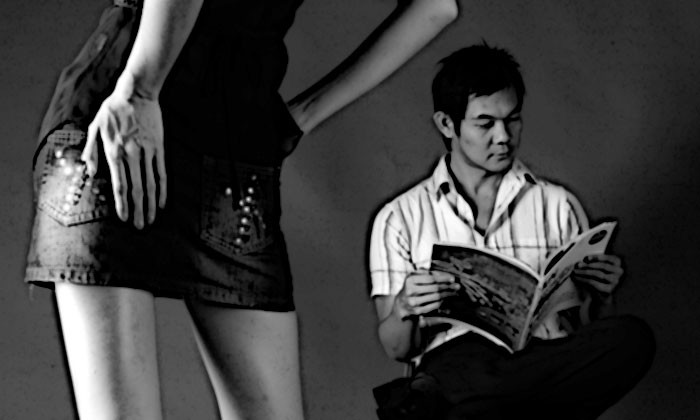 Qiao Mu, an assistant professor at Beijing Foreign Studies University's news broadcasting school, has been attacked by netizens after posting a controversial blog post regarding how he unfairly judges female graduate school applicants.

According to Shanghaiist, he spoke about one female applicant with a plunging V-neckline and "heaving breasts" in a post which was centered around admissions and interviewing tips.

He said, "We interviewers are people too, you know. I didn't know if she was testing me or I was testing her."

He also revealed his standard operations when assessing an ideal female candidate after his decade of experience with interviewing school's postgrad applicants.

"Besides checking out their whole body when they first come in, once they sit down, you can look at the first two."

Many netizens were shocked and horrified, wondering how he could have been tasked with interviewing students for such a long period of time.

There are also others who defended the professor, mentioning how he was only emphasising that first expressions matter and it matters a lot in a very competitive industry such as news broadcasting.

Beijing Foreign Studies University stated that they are opening up to an investigation but made it clear how Qiao is no longer a professor in the school after an infraction in 2014 and works at the school's library instead.

According to Sixth Tone via Shanghaiist, Qiao believes the whole issue has been exaggerated and he was just expressing his "feelings" and not discussing "official admission standards".

Qiao said, “In fact, I never judge female candidates by their appearance in my interviews.

“I treat them with the utmost compassion and respect.”