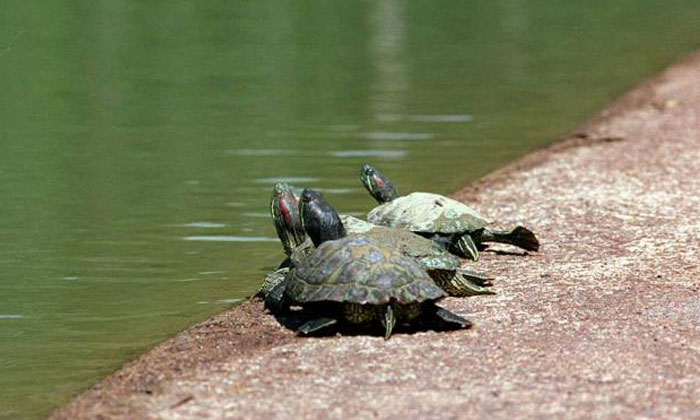 Funny how life is, you do something good and yet you pay the price...

A Malaysian woman recently died after she slipped into a lake when she tried to help a tortoise get back into the water.

So much for helping huh?

According to a report by The Star, Madam Chin Ah Looi, 57, was found motionless with a bleeding wound at the lake of a recreational park on Wednesday (Dec 28) morning.

The housewife who was married to the assistant state legal adviser, Teoh Chin Chong, was a frequent visitor to the recreational park next to their home in Bandar Seri Botani.

"She frequented the park for her morning exercise with her friends."

Mr Teoh had learnt that Mdm Chin spotted the tortoise while she was jogging beside the lake.

"She wanted to release the tortoise back into the lake. That's when she slipped and fell into the water," said Mr Teoh who was supposed to meet Mdm Chin for breakfast later that morning.

Ipoh OCPD Asst Comm Sum Chang Keong said Chin had fallen head-first into the water and her body was impaled by a sharp mangrove wood in the lake.

"An auxiliary policeman on patrol witnessed the incident and called the police right away. When the ambulance arrived, the medical team confirmed that she died at the scene," he said.

The body was taken to the Raja Permaisuri Bainun Hospital for post-mortem which found that the cause of death was identified as a chest injury due to stab wounds.

Police have ruled out foul play.