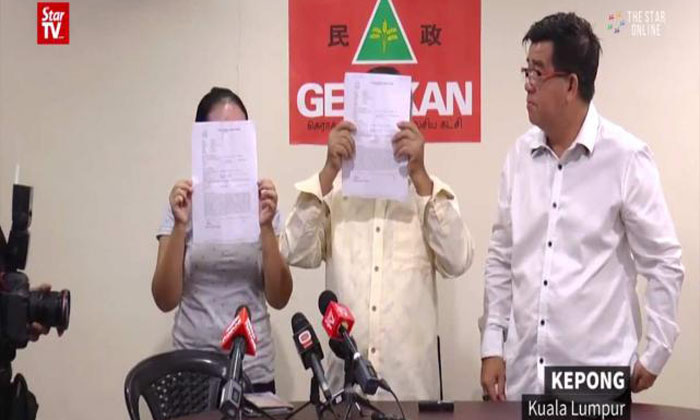 RAs if it wasn't bad enough she got raped, a 20-year-old woman in Malaysia plans to marry her alleged rapist -- who is old enough to be her father and already has several wives.

Understandably, her family is furious.

According to The Star, at a press conference, the victim's father claimed she was raped in June.

The victim was believed to have met her alleged rapist, a 52-year-old vegetable supplier, through work.

After getting to know each other over a period of time, the man took her to his house in Kepong, where he allegedly forced himself on her after she refused his advances.

She told her parents about the rape shortly after but refused to lodge a police report.

The father said his daughter took pity on the alleged rapist, who has several wives and children.

The man offered to take responsibility by marrying her.

The father added that she told the family of her intentions on June 27 after undergoing a medical check-up following the rape.

The father, who is the same age as the alleged rapist, lodged a police report on behalf of his daughter on July 10.

But since the victim is above the legal age of consent and has refused to press charges, the police were unable to act against the man.

"First rape, then marriage? He sweet-talked her into considering marriage with him. We are against it.

"The age gap is also too big. If they get married, is he going to call me 'father'?" the girl's dad questioned.

Wilson said the family approached Gerakan for aid and that he had tried to counsel the victim, but she refused to heed his advice.

Related Stories
18-year-old student molested girl, 16, before raping mutual friend who tried to match-make them
Teen, 18, tried to rape woman while out on probation for randomly attacking women with plastic bags
Youths get 18-year-old girl drunk -- then gang rape her in hotel room and take wefie with her when she was topless
More About:
Rape
unusual
couple
marriage
Malaysia