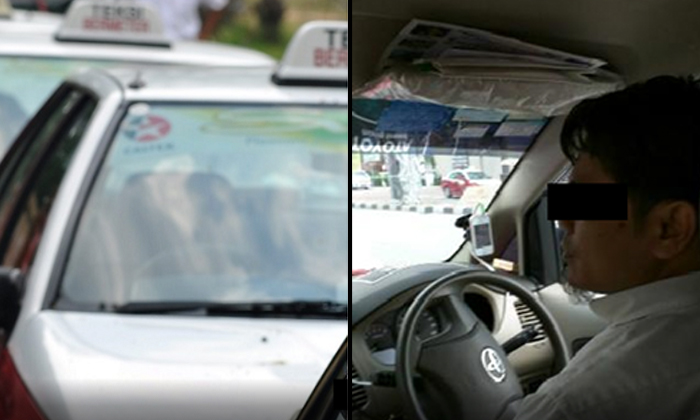 Two French tourist in Malaysia got the shock of their lives when they travelled on a cab from the Suria Kuala Lumpur Conventional Centre (Suria KLCC) to the National Mosque of Malaysia -- and were slapped with a whooping RM800 fare.

Given that both places were in Kuala Lumpur, and the distance between the two was not more than 6km, this was an hefty sum indeed.

One of the victims, an woman in her 30s who identified herself as Sarah claimed that they had flagged the cab from Suria KLCC mall, where they told the driver to head to the National Mosque.

The cabbie allegedly refused to turn on the meter, and even took the duo on a long detour all the way to Putrajaya before arriving at the National Mosque, reports World of Buzz.

Upon reaching their destination, the driver told them the fare was RM800, and although the pair were unwilling to part with the money, they gave in out of fear.

The two subsequently lodged a report to the Land Public Transport Commission (SPAD), along with the car number and photo of the driver.

An official spokesman from SPAD said:

“The victim claimed that the taxi driver took them to Putrajaya first instead of going straight to the National Mosque.

“Upon arriving at the National Mosque, the driver forced the victims to pay RM800.”

The spokesman also publicly denounced the driver’s action, saying that what he did tarnished the country’s reputation.

A Malaysian news portal, MMO did an investigation of their own and found out that it would cost merely RM9.25 for a trip of that distance, or RM16 even if they had opted for an executive taxi.

It is unclear when this incident took place.

Related Stories
Cabby takes cutting queue to new heights, by recklessly overtaking car at U-turn
Woman and 82-year-old disabled aunt flag down taxi -- only to get ignored by cabby who picks up another passenger instead
Speeding driver slams car right into back of lorry on ECP
Car hits taxi while passenger was opening its door to alight -- and now she has to pay almost $5,000
taxi
taxi drivers
scam
Malaysia
Malaysian taxi driver allegedly takes tourists on detour