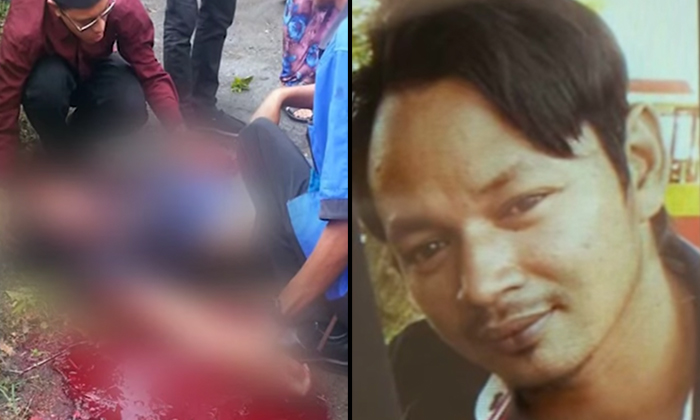 A 29-year-old man stabbed his fiancee’s brother to death when he discovered that the man was already married.

According to The Star, the incident occurred at the carpark of the State Religious Department and was witnessed by the bride-to-be and members of her family.

The bride-to-be’s family had gone over to the department to verify that the perpetrator was a bachelor he had claimed to be.

Upon finding out that he had married a 24-year-old woman six years ago, the bride-to-be’s brother, Mohd Sukri, confronted the man.

The altercation turned into a physical scuffle, upon which the groom-to-be pulled out a six-inch knife, and stabbed Mohd Sukri to death.

Mohd Sukri, an employee of the Kelantan Road Transport Department, was found dead in a pool of blood, with six stab wounds on his neck and chest, by the time the police arrived on the scene.

He told reporters after visiting the crime scene yesterday, "We also found some newspapers believed to have been used to conceal the knife.

"We believe the suspect had come prepared."

According to Wan Aziz, the suspect had fled the scene in a car with another accomplice following the murder.

The suspect had also threatened a security guard using the same knife he had used to kill Mohd Sukri, after the guard closed the carpark gates when he heard screams.

The guard said, "I rushed to close the gate. All of a sudden, a man came out of the car and pointed the knife at me, telling me to back away.

"Then he opened the gate."

Two men have been arrested over the murder of Mohd Sukri.

The two arrested were the suspect’s 27-year-old friend, who helped to drive the getaway car, and his 55-year-old uncle, who helped in hiding the vehicle, according to Wan Aziz.

He said,“Police retrieved the car from beside a cow shed in Kampung Dusun Tembakau, Terengganu.”

The pair has been remanded for seven days since Monday, 17th October, 2016.

The driver, who is also from Kampung Dusun Tembakau, was detained the day before, on Sunday, 16th October, after a police raid at Kampung Buluh Gading, Terengganu.

The police is intensifying the search for the 29-year-old suspect.

The case is being investigated under Section 302 of the Penal Code for murder.