Ladies and gentlemen, we present to you the world's cutest yoga instructor 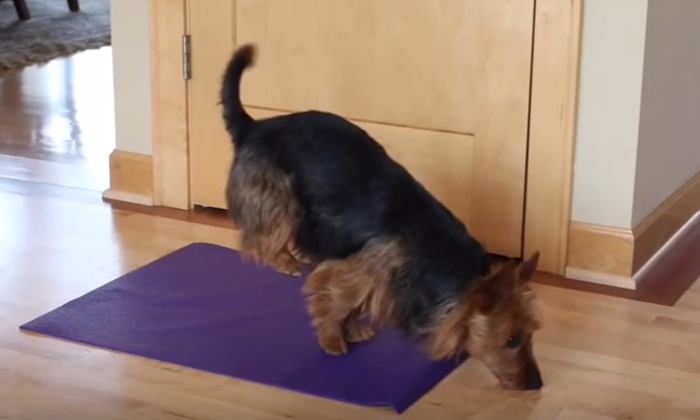 Can dogs do yoga? This furry friend has proven itself to be the world's cutest and possibly the tiniest yoga practitioner.

In the YouTube video below, Judy the Terrier is seen rolling out its small purple yoga mat using its nose, before it proceeds to do a few yoga moves.

While doing yoga, Judy looks calm and relaxed, and occasionally turns around to look for its owner's praise and approval.

According to Judy's owner's YouTube channel, Judy is being trained for canine freestyle and agility.

When Judy was 10 months old, she became an American Kennel Club (AKC) champion, an award presented to dogs that have passed through a process of selection at dog shows.

Despite being only one and a half years old, Judy knows over 60 tricks, and holds a Canine Good Citizen (CGC) title.

This furry one is not just a-dog-able, but paw-somely amazing!