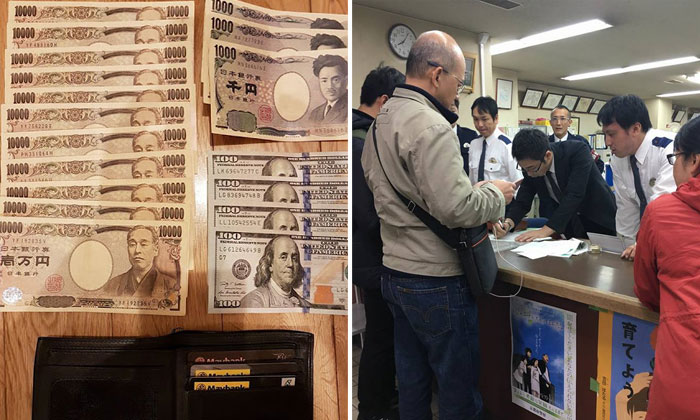 One would usually expect the worst after losing their wallets especially when it contains a large sum of money, so imagine how surprised this Malaysian guy felt after he was returned his wallet which was lost in Kyoto, Japan!?

Mr Lim Boon Sun was on holiday with his family members in Kyoto on 14 Dec when he learnt that his wallet and all of its contents at around 4pm, reported The Coverage.

Since there was a large sum of money in his wallet, he immediately went to lodge a police report in hopes for it to be found.

Once at the police station, the on-duty police officer immediately checked the systems. Fortunately, someone had found his wallet and had handed it over to the nearby police station earlier that day.

The policeman then gave Mr Lim the necessary information to retrieve his wallet, and they all boarded the train to the location.

After filling up some documents, he finally recovered his wallet and all the cash in it by 8.30 pm.

Mr Lim said the cash were meant to pay for his family’s expenses while in Japan, so they were definitely lucky for being able to recover the wallet.

Related Stories
Homeless Thai man returns wallet with $780 in it -- and gets rewarded with a job and home
Do you know her? Stomper wants to return her wallet found at Bukit Gombak MRT station Subway outlet
Have you seen Stomper's wallet containing IC, membership cards and cash lost at either Circular Road or Pan Pacific Hotel?
Malaysia
Japan
Japanese
kind
kind-hearted
lost
lost wallet
sweet