Johor bus crash: Driver only had 3 hours rest, and sneaked wife and baby on board 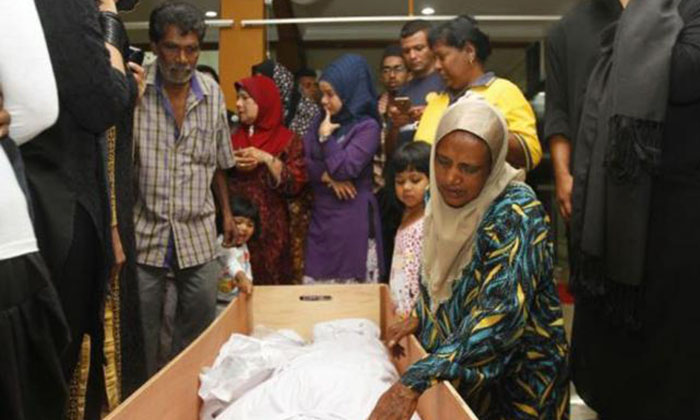 The driver of the ill-fated bus that took the lives of 14 passengers only had three hours rest prior to his trip.

His relative Syahril Redzwan, who is a lawyer, said Zakeer Zubir had been driving for nine hours, departing from Penang at 2pm on Friday and arriving in Johor Baru at 11pm.

"He only had three hours rest before driving again at 2am," he told reporters after the burial of Zakeer, 32.

Father and baby shared a grave, reports The Star.

They were buried in the Muslim cemetery at Masjid Jamek Hashim Yahaya in Jalan Perak on Sunday at 6.40am.

His wife Marsi Kemart, believed to be an Indonesian, was also travelling in the bus.

She survived the crash and is now in a hospital in Johor.

Syahril said the family is contemplating taking legal action against the bus company, Goldstar Express, after the authorities have completed their investigation.

Fourteen people were killed and 16 others injured when the bus plunged into a 10m deep ravine along the North-South Expressway near Muar at 4am on Christmas Eve.

Zakeer's uncle, Abdul Shukoor Abdul Rahim, 63, said the family also wanted an explanation from the company as to why Zakeer did not have co-driver.

He said the company's representative had met them on Saturday after the crash but he was not satisfied with their answer.

He also clarified that Zakeer was not an express bus driver before the mishap as was previously reported but had only started working as one three months ago.

"Before he joined the company, he was a factory bus driver and petty trader," he added.

It is learnt that Zakeer did not purchase tickets for the baby and his wife who were seated at the place reserved for the co-driver.

Zakeer's mother, Rasidah Abdul Rahim, 61, told reporters that he went to see her before driving off.

"He told me he was tired of the job and did not want to continue. He couldn't take the strain and wanted to quit.

"Then he asked me to look after his two older daughters because he wanted his wife and baby to accompany him this time," she said.

Rasidah said it was the first time he wanted the company of his wife on a bus trip.

"He said he was bored of the journey and needed his wife as a companion. They brought the baby along because she was less than a year old."

Zakeer also asked his mother to arrange for their mosque to recite prayers at a feast he wanted to hold to celebrate the birthdays of two of his daughters on New Year's Eve.

His four-year-old daughter is celebrating her birthday tomorrow, while Nur Natasya who perished would have turned one on Jan 14.