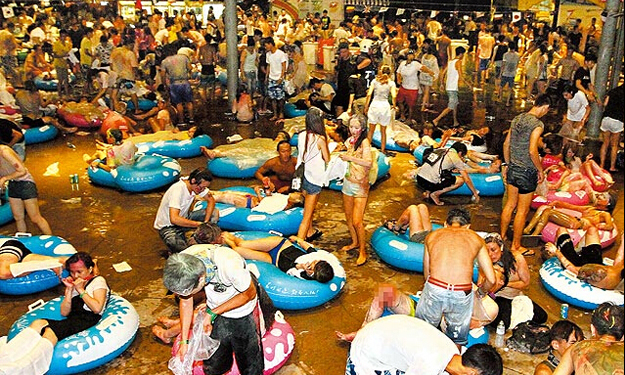 Investigations have found what triggered the explosion that ripped through a water park in Taiwan, killing 11 people and injuring hundreds more.

According to Shanghaiist, stage lights heated up the colored powder being thrown in the air and caused the blast.

The tragic incident occurred on June 27 as nearly 1,000 people were in attendance at a Color Play Asia party at Taipei's Formosa Fun Coast water park, where colorful cornstarch powder was sprayed over crowds of partygoers.

The cornstarch powder "exploded when it came into contact with the lights, whose surface temperatures reached more than 400 degrees Celsius," AFP reports.

At least five people involved with the party were arrested in the wake of the tragedy.

Two days the explosion, the event organiser fell to his knees and made a public apology, admitting that he hadn't warned workers about the dangers of the flammable powder.