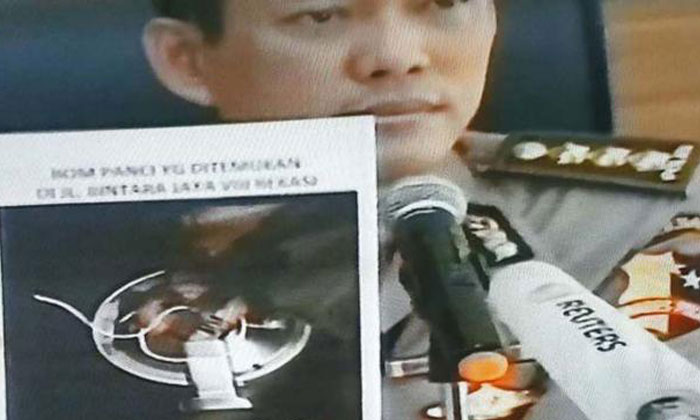 The National Police's Densus 88 counterterrorism squad has arrested two men and a woman in Bekasi, West Java, for allegedly plotting a bomb attack at the Presidential Palace in the neighbouring capital.

The first two suspects, identified as NS, AS, were nabbed at around 3:40 p.m. on Saturday at Kalimalang flyover, while the other suspect, a 27-year-old woman identified as DYN, arrested 10 minutes later at a rented house in Bintara Jaya subdistrict.

From the house, the police found a high explosive bomb weighed around 3 kilograms in the shape of a rice cooker.

Since July, the Presidential Palace has opened the ceremony, which marks the changing of the guards at the palace, for the public every second Sunday of the month.

The event, started at 8 a.m., is held on Jl. Medan Merdeka Utara, right in front of the Merdeka Palace, a part of the Presidential Palace complex that serves the president's office. It usually attracts a crowd of people, some of them are visitors to the iconic National Monument square, located in front of the Palace.

In January, a terrorist attack in Jl. MH Thamrin, Central Jakarta, left four of the terrorists and four civilians dead, and more than 25 were injured.